Amazing Women Who Inspire Us: Hillary Clinton and Averil Cameron

You can say what you like about the Clintons. Depending on what side of the political fence you sit on, many people seem to love to hate Hillary, especially Bill. I am not American, so I don’t share some of the deep rooted biased and hate towards US politicians. However, I like to think that I pay attention to US politics especially foreign policy because it affects me. For example, as an Australian we have gone to war in recent decade along side the US in Afghanistan and Iraq. Hence it is in my best interest to pay attention !

Hillary Clinton in my opinion is an amazing women. She has spent most of her adult life in the public eye with varying highs and lows. At times she struggled being first lady during the low points of Bill’s Presidency, particularly during the Monica Lewinsky Scandal and the subsequent impeachment. Hillary also polarized public opinion about her personal ambitions and over her active role in policy making in the Clinton administration.

Even still today, some people across the political divide refer to her as “Ruthless Hillary”. Would we be saying this if she was a man ? Stop the gender bashing, please ! (God knows we had it here, when Australia’s first female Prime Minister Julia Gillard was publicly berated with sexual taunts and innuendo.) Nevertheless, Hillary’s qualities as a person, got her through all the hard times. You could also almost say, that she held together Bill’s presidency at great cost ?

Her courage and determination alone has enabled her to reach the highest of highs. When she ran against Barack Obama for the democratic nomination for President, she just fell at the last hurdle. (I was cheering for her!) However she was rewarded with the appointment of Secretary of State. She brought a new level of professionalism to its post and did not steer away from controversy. Though beyond just politics Hillary has encouraged the empowerment of women worldwide. Her activities and advocacy in areas of health and the defence of basic human rights, particularly for children is also why she inspires me.

If some US polls are correct, Hillary at the moment holds a very high approval rating among Americans and her own political party. Republicans should be worried come the next presidential election. Hillary may yet just write a new chapter for women’s history by becoming the first female president in 2016 ? 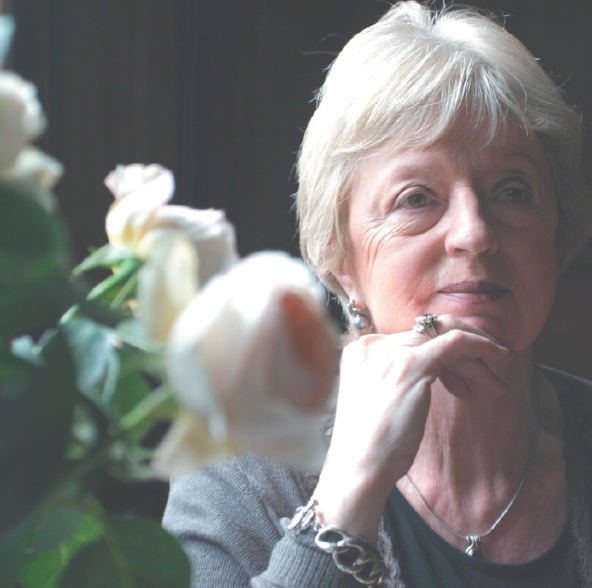 There are a handful of historians over the past 15 years or so since I first discovered Byzantium that have inspired me to read, research and write about Byzantium. The first half of the twentieth century saw the first great English speaking historians like Robert Byron, Steven Runcimen and David Talbot put Byzantium on the map.  I have read many of their books. Later, historians like Dimitri Obolensky (who introduced me to Byzantium) and Lord John Julius Norwich continued to bring Byzantium to the forefront of popular history. But above all others Professor Dame Averil Cameron made Byzantium interesting and relevant to our generation of academics, students and history enthusiasts like myself.

I honestly cannot tell you much about her story or life expect that she is a distinguished and well respect scholar. Averil Cameron is one of the leading English speaking scholars of late antiquity and Byzantium. Her honours are many and varied and she was formerly a Professor of Ancient History, Late Antiquity and Byzantine Studies in a career that has spanned a lifetime. She originally started out as a classicist and gradually become interested in the later centuries which led to her to study Byzantium. She believes that Byzantium was the centre of the Mediterranean world, the link between east and west and a crucial civilization that deserves to be recognized amongst the great civilisations of the world.

She has influenced and inspired me to read beyond the general narrative of Byzantine History. Though I have to admit that at times I struggle to get my head around many issues, in particular, Orthodoxy and heresy and religion and culture in late antiquity and Byzantium. Nevertheless, the headaches and frustration is all worth it in the end.

Photo credits: The header image is a photograph of Hillary Clinton taken by Kai Mork and is used under the Wikipedia Creative Commons Attribution 3.0 Germany license. The featured image of Averil Cameron is courtesy of Lucy Dickens.

Melbourne indie folk band Husky’s new concept album Stardust Blues is something that we all definitely need right now. Inspired by James Joyce’s classic novel Ulysses, the album’s twelve tracks follows a contemplative character as he transverses through a city lost in his thoughts searching for love, hope and the key to the cosmos.