Let me start by telling you the reader I am not a royalist. In 1981, when I was ten years of age, I was forced to watch her royal wedding on television. I was not happy ! But as the years went by, it became impossible not to be impressed by this inspirational woman.

Princess Diana is arguable the most iconic woman of the twentieth century along side Marilyn Monroe. The shocking death of the Princess of Wales in 1997 was a wake up call the Royal family desperately needed. Not only in terms of security and how to deal with the paparazzi but as an institution in much need of modernization. Here in Australia, those of us who care, sometimes still ask “Where were you when Diana died ?” (For Commonwealth countries, her death is probably the equivalent of asking where were you on 9/11.)

Princess Diana married the Prince of Wales at the age of twenty ! What began as a fairytale romance over the years eventually unraveled.  By the early 90’s the whole world noticed how unhappy they both seemed, particularly Diana who was constantly harassed by the papazarri. (She is a possibly the most photographed woman in history !) By 1996, their bitterness towards each other climaxed with their divorce. Exactly a year later the world lost Diana in a fatal car crash in a Paris road tunnel.

An outpouring of public grief and tributes flooded the television screen as millions of people watch around the world. What I remember most about her public funeral was the stoic and brave faces of her sons Prince William and Prince Harry. Her sons adored her immensely. Even Diana’s harshest critics agreed she was an amazing mother, completely devoted to her boys.

Her legend possibly quite like Marilyn has grown over the years since her death. She successfully combined the fairytale appeal of a princess with her multitude of duties as a tireless humanitairian. Not even her failed marriage and affairs have undermined her legacy and popularity amongst her adorning fans.

She represented people from all walks of life, the poor, the seriously ill, AIDS patients, the homeless, children and young people. One of her most controversial projects was the banning of landmine mines. Some accuse her of meddling in politics, but others applaud her bravery and interest in the banning of such a senseless and barbaric instrument of war.

She will undoubtedly be remembered as one of the most inspirational women of the modern age. There aren’t that many people in this world who I can think of that outshine her! 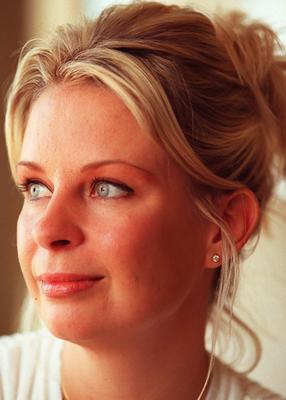 Public awareness of some health issues, both for men and women is something that occasionally doesn’t get enough attention. Generally speaking, men’s health awareness in my country (Australia) is getting better, particularly with prostate cancer awareness and men’s depression. Though women’s health, in my opinion seems to be leaps and bounds ahead of men’s health. The fight against ovarian and breast cancer are two examples of health issues that the ladies have brought actively to public attention.

This brings me to introduce Jane McGarth whose personal fight with breast cancer (and later metastatic disease) has helped give hope to thousands of young women in this country through awareness and early detection services of breast cancer through her foundation. (With her husband Glen McGarth now a retired Australian cricket fast bowler they founded the McGarth Foundation in 2002.)

Glen’s success and exposer as a cricketer was used as a vehicle to launch the foundation after Jane’s private and then public fight with breast cancer in 1997 Following a series of treatments that included chemotherapy, she was judged cancer free in the middle of 1998. Unfortunately, in 2003 she was diagnosed with metastatic disease in her bones and worst still by 2006 she had brain cancer. In 2008 she died in her home with her family beside her.

She is an inspiration to all of us, more importantly to women all over Australia for letting us into her life. To me, she symbolizes courage and grace in the face of  adversity.

Every year during day three of the Sydney cricket test match money is raised for the McGarth foundation. The crowd is also urged to wear pink in tribute to her and in support of the battle against breast cancer. It is a fitting tribute to a women who stood by her husband during his career and now he salutes to her spirit.

2 comments on “Amazing Women Who Inspire Us: Diane, Princess of Wales and Jane McGarth”