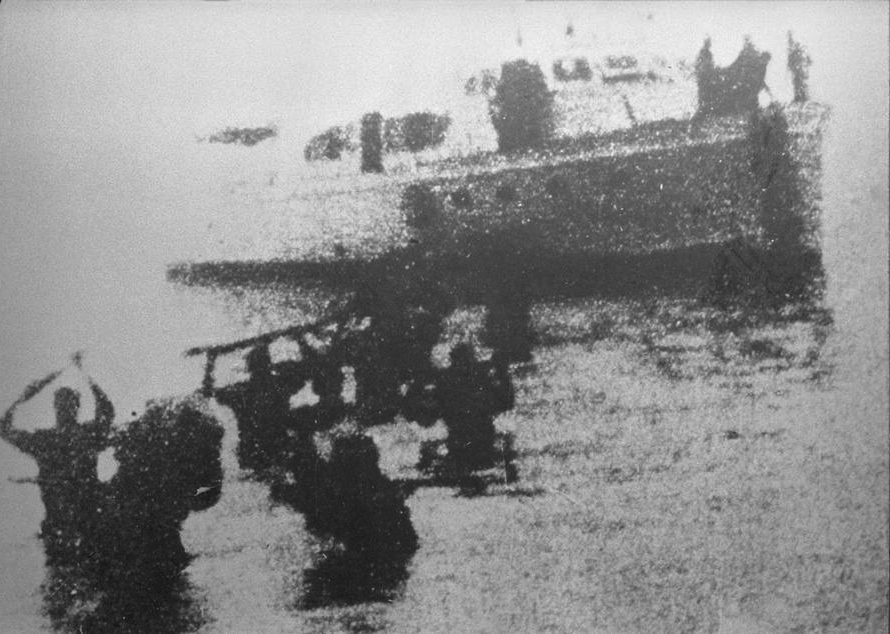 Shortly before 5.00am on the 2nd of December 1956, a small shabby boat named the Granma ran aground in a marshy area known as Purgatory Point on the south-western tip of eastern Cuba. On board this boat were 82 men, who set sail seven days earlier from a small port town of Tuxpan in Mexico with thoughts of revolution. Amongst them was the Cuban resistance leader Fidel Castro and his brother Raul and Ernesto Guevara, who the world would come to know simply as ‘Che’. Led by Castro, this motley band of exiles and fugitives would eventually overthrow the regime of President Batista of Cuba in 1959.

Fidel Castro and his own personal revolutionary journey began long before the Granma departed Tuxpan. Imprisoned years earlier in 1953 for his leading role in the 26 July Movement, he spent the better part of two years filled with great doubts, soul-searching until he finally found a renewed belief that he could save Cuba from the clutches of Bastista. Upon his release from prison due to public pressure, he left Cuba for Mexico in 1955 to plan a new revolution. He truly believed the time for peaceful struggle had passed, and it was now time for armed revolution. In 1956, Castro stood once again at a cross-road in his life wondering what fate had installed for him on the eve of the expedition on the Granma. Whether he knew it or not, the diesel-powered sixty-three-foot boat was possibly their last hope of getting to Cuba before authorities in Cuba, the United States and Mexico once again caught wind of their plans ? (In the last few months before departing for Cuba, the intelligence agencies of the three countries, as mention above, had been tracking Castro’s group.) 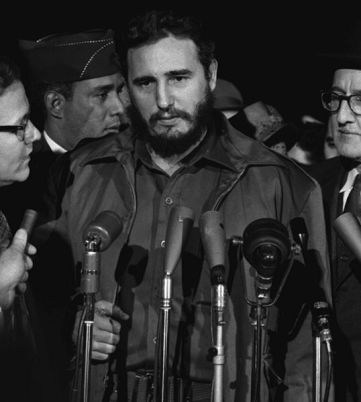 In what must have been eerie silence, with nothing but the rain hitting their faces, Castro and his group boarded the Granma in the early hours of the morning of the 25th November. There would be no fanfare or celebration as the Granma’s two sickly diesel engines propelled the would-be revolutionaries out into the Gulf of Mexico. It is truly a wonder she (the Granma) didn’t sink with the weight of supplies and 82 men on board, something of a safety concern to say the least. To add to her concerns she hoped that the hasty repairs made to her hull held out in the storm that ensued.

After almost running into a Mexican navy frigate, which luckily failed to spot her in the driving rain, the Granma sluggishly powered on, playing her part in the revolution. Though it wasn’t until she hit the full force of the wild stormy weather that things turned a little pear shaped. Those on board began to suffer horribly with sea sickness, supplies were lost overboard and men were forced to bucket out water from the boat, as her pumps had failed. Che Guevara probably best summed up their troubles as he recorded later:

“The entire boat had a ridiculously tragic aspect: men with anguish reflected in their faces, grabbing their stomachs; some with their heads inside buckets’ and others fallen in the strangest positions, motionless, their clothes filthy from vomit.”

To add further insult to injury, the Granma had fallen behind schedule. She was supposed to have landed on the 30th November on the south-western tip of eastern Cuba, but was nowhere to be seen by Castro’s supporters who were meant to receive them.

As the Granma finally ran aground about a mile out from the beach in the early hours of the 2nd December, the exhausted men trudged through waist deep water to the cover of nearby mangrove trees. It was of little comfort because their surprise landing was thwarted by Bastita’s coastguard. Sure enough, an attack came from above and by land, and upwards of sixty men were caught and executed over the first few days.

In the weeks that followed, Fidel and Raul Castro, Che and a small band of men headed for the mountains of the Sierra Maestra. There they hoped to rest and regroup. However unlikely it seemed, Castro rejoiced that he was alive and amongst friends. Now the real revolutionary war had begun, though lets hope that he thanked that shabby boat stuck out on a sandbank that got them there first. Its arrival to Cuba, truly marked a watershed moment in the history of the Cuban revolution. 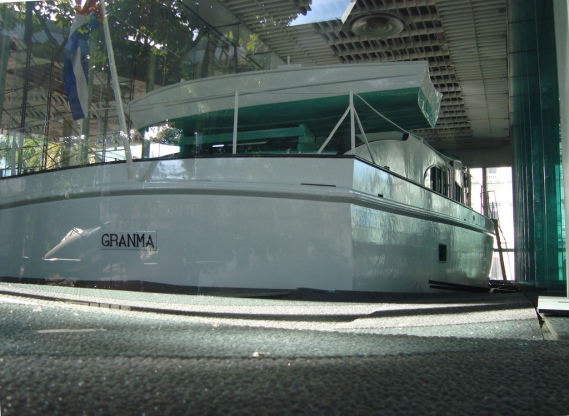 Photo Credit: The header image is the Granma beached on a sandbank with Castro’s rebels wading ashore. I am unsure of its copyright status, though it appears to be in the public domain. If not, I make use of it under the fair use rationale to highlight a significantly important moment in history. The coloured photo of the Granma is by flicker user Flodigrips world. It is used under the Creative Commons Attribution-NonCommercial 2.0 license.

11 comments on “Revolution and the tale of the Granma.”