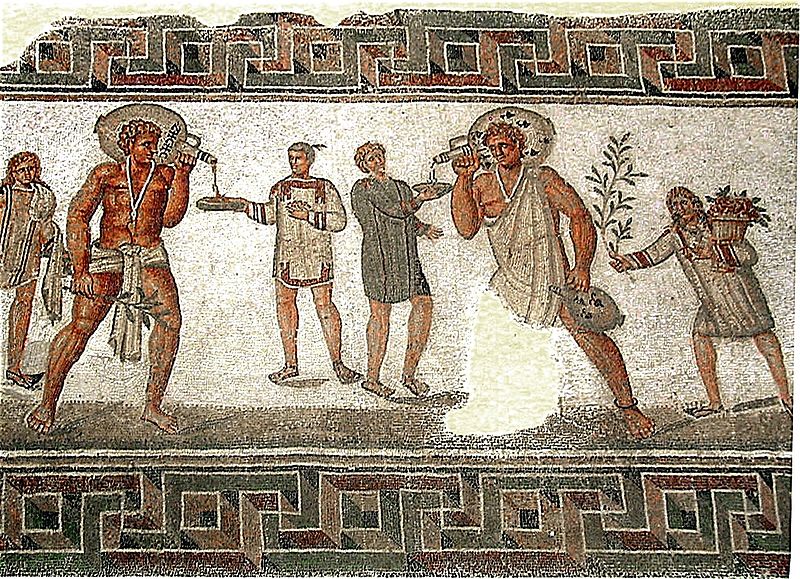 In the middle of February this year, a colleague brought to my attention an amazing discovery unearthed in Israel. Immediately I thought, it was another floor mosaic, pottery or hoard of gold coins. To my surprise it was neither of those things but a rare discovery of Byzantine grape seeds.

Believed to be 1,500-year-old charred grape seeds, these seeds are a first for archaeologists, who accidentally stumbled across them in a refuge dump at the Halutza National Park. This refuge dump was part of an excavation site being conducted in the Negev by the University of Haifa and the Israel Antiquities Authority.

Today, nothing of the Byzantine city of Halutza (Elusa in Greek) exists, where the grape seeds were found, except for some half buried stones where buildings probably once stood. However, at its high point, between the fourth and seventh centuries, it was one of the largest and important trading cities in the region. Today, the site seems to hold clues of a Nabataean era street, an outline of possibly two churches, a theatre, a tower and a wine-press.

It is Halutza’s winepress that is of interest to many because one has to wonder how vineyards managed to grow and cope under the harsh dry desert surrounds ? The answer is quite simple, its inhabitants used highly sophisticated irrigation methods. For example, the Byzantines apparently built terraces to direct water to crops. I am unsure of what other forms of ancient irrigation methods were used, but today Israeli settlers in the Negev region bore holes in the desert to take advantage of large subterranean reservoirs of brackish water. Ingenuity like this has helped grow a thriving olive oil trade and modern wine making in Israel Negev region today.

Despite the difficulties of climate, Israelis today have managed to turn the Negev desert (above) into a fertile field for agriculture and even wine grapes. This was once probably a similar picture during Byzantine times.

The challenge for Israeli archeologists today is how can we unlock the secrets of one of the best Byzantine wines ever produced from the grape seeds found in the Negev. What properties do they hold and how are they different from European varieties that need an abundant supply of water? Another important question is are the Negev wine seeds a native variety or an import? No matter what is discovered about these seeds, it certainly has Negev wine growers excited at the prospect that maybe they can eventually grow grapes in their vineyards from these seeds. Imagine what it might be like to drink Byzantine wine again!

A first-of-its-kind discovery of 1,500 year-old grape seeds may answer the question: Why was the wine of the Negev so renowned in the Byzantine Empire-February 2015

The header image of the Roman wine mosaic from Dougga is used under the creative commons Attribution-ShareAlike 3.0 license.

4 comments on “Rare Byzantine grape seeds found in Israel has given us hope of a new Negev wine?”