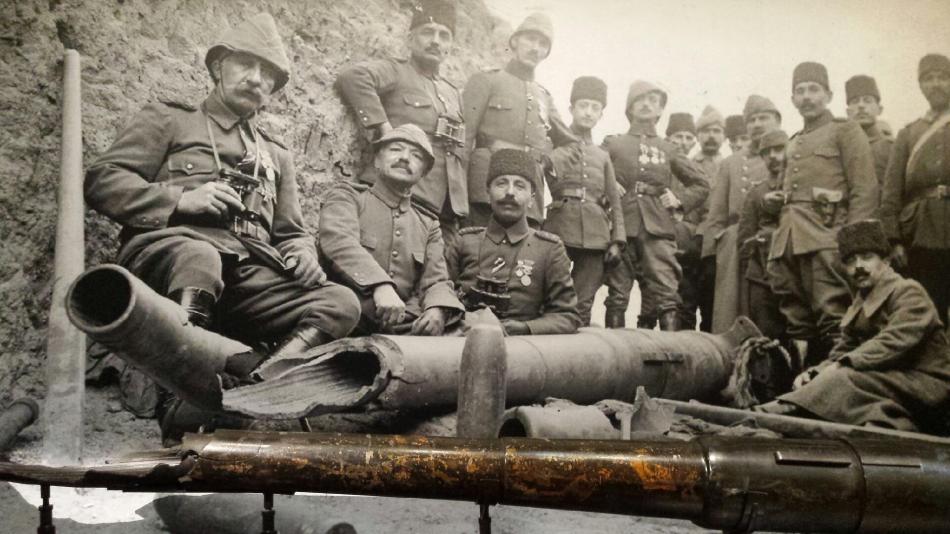 When the allied forces left the Gallipoli peninsula at the end of December 1915, the horrible deadly campaign left a deep scar on the men who fought there and the landscape itself. Ultimately, the most successful operation of the campaign was not a single battle, but the evacuation of all allied soldiers on 19th–20th December under cover of a thoroughly thought out and amazing deception operation. As a result, Turkish forces were unable to inflict any casualties on the withdrawing allies.

With the survivors safe for now, all that remained was the memory of what had occurred, but more importantly the ad hoc graves and the flesh and bones of thousands of dead soldiers from all sides.

Once, the Turks had realized that the allies had evacuated the peninsula, they systematically picked through their enemies trenches for any valuables and useful equipment. Australian soldiers left messages and some souvenirs, which the Turks gathered up, but nothing of importance was retrieved that could aid the Turk in their war effort. The allies dutifully destroyed abandoned equipment and in a spectacular finale set fire to the peninsula in a bombardment as they retreated. Nonetheless, among the deserted trenches and tunnels, they found a barrel of a deliberately fractured naval gun. They attempted to take it back to their positions before abandoning it themselves.

As the years passed and the trenches crumbled, nature began to take back the peninsula. But beneath the new brush and soil, if you scratched deep enough, you would find many reminders of what had happened there in 1915. It was therefore, at the end of the war in 1919, that the allies returned in search of their fallen comrades. From an Australian perspective, a special historical mission returned to work out what really happened on the peninsula. Under the direction of Charles Bean, Australia’s official war correspondent, the mission surveyed the peninsula and gathered lost and forgotten war relics. Amongst them was the old 4.7-inch navy gun that was dropped by the Turks. It was collected and brought back to Australia. It sits today eerily on display in the Australian War Memorial museum.

The header image is a photograph taken by this author during a recent trip to the Australian War Memorial, in Canberra.