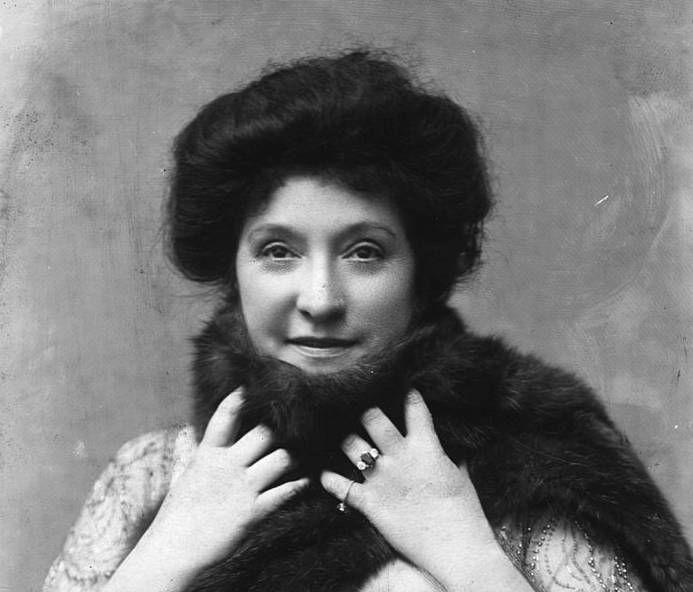 The incredible Nellie Melba was a woman truly ahead of her time. She ignored society’s views of a woman’s place being at home, to forge herself an extraordinary career as an operatic soprano. In short, she became Australia’s first global star and a darling of the theatre around the world.

Nellie Melba was born in the inner suburb of Melbourne known as Richmond in 1861. At a very early age, she fell in love with music and singing. Her first public performance was at the age of six. Later in her teens, she began to make a name for herself and dreamed of a life as a famous opera singer. Convincing her strict father that this was what she wanted most in life was going to be a hard sell. He was quite adamant that the life of a professional singer was no life for a respectable young woman.

In 1880, Shortly after the death of her mother and sister, Nellie moved to Mackay in Queensland with her father. It was while living in Queensland that she first met and married Charles Armstrong. Prone to violent outburst, he treated Nellie terribly, eventually forcing her to move back to the safety of Melbourne.

Back in Melbourne, Nellie busied herself with singing lessons and soon turned her attention to public performances. Her strict father didn’t object, so as long as she didn’t perform for money. (He allowed her to sing strictly at public charity events.) In 1884, in an amazing performance given at the Melbourne Town Hall, Nellie won over critics and onlookers with her vocal range and ability. “She sings like one picked out of ten thousand” declared one newspaper. It was enough for Nellie to seek out her dreams overseas. But with no money to buy a ticket or help from her abusive husband from Queensland, Nellie’s dreams of international fame were thwarted.

Her luck seemed to have changed, when her father was appointed Victoria’s commissioner at the Grand Indian and Colonial Exhibition to be held in London in 1886. She gambled on everything to be able to audition and try her luck in Europe’s biggest opera theatres. At first her father was hesitant to take her along and then finally agreed on the condition that she sailed to London with him and her husband. It was a small sacrifice to make Nellie thought, but if she were successful, it would all be worth it. The down side was, of course, that if she failed she would have to return back to Australia with both of them.

Once in London, after having fought so hard to get there, she was rejected three times no less, by theatre companies and told to refine and finish her talent. Then finally on the verge of being sent back home, she made her way to Paris in an all important last ditched attempt at fame. Arriving at the door of Madame Marchesi, one of Europe’s famous singers, to audition for a place in her husband’s school, Nellie blew Marchesi away with her aria.

A little over a year later after her audition, Nellie made her debut at the Théâtre Royal de la Monnaie, in Brussels, in 1887. It would prove to be the beginning of an extraordinary career. She followed up her success by performing later in Paris and at London’s Covent Garden. Her critics, in London, in particular finally had to admit that they were wrong to reject her. In the years that followed, Nellie also travelled the world from America to Australia. She would also go on to record more than one hundred albums over her career and became the first real international star to make an opera radio broadcast in Chelmsford in 1920. ‘The Voice’ as she often described herself, it seemed, couldn’t set a foot wrong. Wherever Nellie went her adoring fans were completely captivated by her. (In 1922, she performed to some 70,000 people in Melbourne and Sydney.) Some historians believe that she was arguably the world’s first modern diva.

But despite all her fame and wealth, she was truly an inspiration to many of her peers and  a great patron of the arts. Importantly, she also raised money and spent a significant amount of her own fortune, for the allied cause during World War One, which eventually saw her become honoured as a dame. She would die in 1931, an Australian national treasure and one of the greatest opera singers the world has ever heard.

Photo Credits: The header image of Dame Nellie Melba is believed to have been created circa 1900. It is therefore presumably in the public domain. If not, I make use of it under the rationale of fair use for educational purpose.

1 comment on “Amazing Women Who Inspire Us: Dame Nellie Melba”