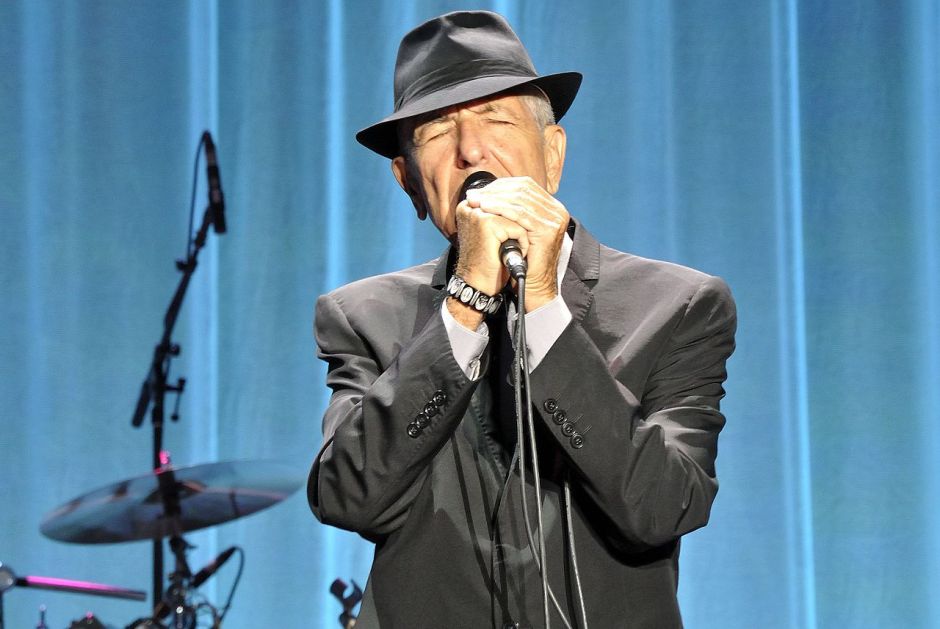 My thoughts are with Leonard Cohen’s family and friends during this sad time. Yesterday, we lost one of the most gifted lyricists in music whose work spanned almost fifty years.

Hailing from Westmount, Canada, Leonard Cohen was interestingly a poet and novelist long before he became an acclaimed songwriter and artist. In the years since his musical debut in 1968, Cohen’s remarkable career produced an inspirational and haunting collection of songs that offered something for everyone on subjects ranging from love and hate to melancholia and religious symbolism.

One of the highlights of his musical career is Hallelujah. It is arguably one of the most popular songs that has ever been covered since Cohen first released it some thirty years ago. It is truly a great song, probably one of the greatest, in terms of composition, its chord progression and then those amazing lyrics. But I don’t care much for Cohen’s original recording. Please I don’t mean to offend, Cohen is one of the greatest lyrical poets of all time, and truly a visionary who is unmatched by his spark for creativity. I guess what I am most frustrated by is Cohen’s straightforward or dour vocals and that very 80’s sound particularly the electric keyboard. Cohen’s live performances of his most beloved song are much better than his studio album version. Although, I still cringe at the sound of that electric keyboard. That said, it is a song that has touched people in so many ways and inspired countless others to cover it with their own interpretation of it. Today unfortunately Hallelujah is still played and covered to death from film to television. Pop culture it seems has hijacked this wonderful song to arouse intense feelings and moods for their own means.

The first great interpretation of Hallelujah was recorded by John Cale. It appeared on the Leonard Cohen tribute album I’m your Fan (1991). It is haunting and almost flawless. Cale sings Hallelujah like Leonard Cohen never could. It is an inspiring interpretation performed on piano. Interestingly, Cale’s clever introduction of the piano becomes the standard of almost all other cover arrangements. Throwing out the electric keyboard is godsend to my ears.

Not long after Cale wooed us with his version of Hallelujah, Jeff Buckley recorded his own version of Hallelujah in 1994, which served as a crowning centerpiece for his 1994 album Grace. In short, the late Jeff Buckley was a genius! He took the template of Cohen’s 80’s version of Hallelujah and made it completely his own. It ebbs and flows with fluttering sounds of electric guitar that can only be described as chilling. His vocals are also stunning and again a welcome improvement (in my opinion) to both Cale and Cohen. It is often cited as the most accomplished version of Hallelujah ever recorded, which ultimately helped direct a whole new generations of music lovers back to Cohen’s music in general.

The final most notably version of Hallelujah worth mentioning is arguably the greatest of all. It would take an amazing performer with a voice like K. D. Lang’s to propel Hallelujah into the heavens, or do I dare say the stratosphere. Like Buckley, Lang truly makes the song her own on her album Hymns of the 49th Parallel (2004). Like Cale, she also uses the driving sound of the piano to move us with emotion. But it is Lang’s hypnotic voice and her ability to tease out the song’s melody that gives us reason to truly rejoice, cry and smile all at the same time.

Since K. D. Lang’s version, all other artists have tried their best to make Hallelujah – part hymn, part love song, part spiritual journey – their own. But in my opinion, I believe no has ever come close to nailing it like Lang. If I am correct, Cohen once said that Lang’s version was the apogee of all cover versions?

Photo Credits: The header image of Leonard Cohen at King’s Garden, Odense, Denmark is used and licensed under the Creative Commons attribution 2.0 license. I am not the uploader of the You Tube clips embedded here.