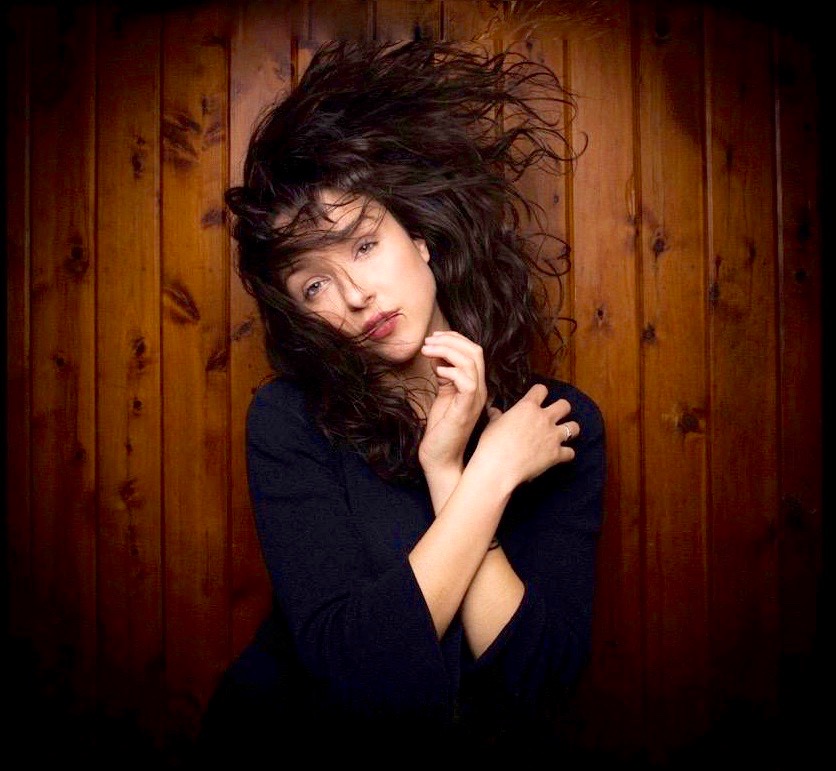 There is a distinct quality to ELKI’s stunning vocals and sound that caught my attention a few months back that I immediately did a search online to see what more I could learn about her. To my amazement, a humorous biography on her facebook page points out ELKI as being “dragged kicking and screaming into the land of social media, having previously enjoyed life living in a cave, tending bees.” This witty remark only made me more curious, and as I would later discover through my correspondence with her, she would surprise me to reveal what an engaging young woman she was, despite her reluctance and reservation for social media. But can you blame her? Social media can at times be an ugly beast. Her music on the other hand appears to be every bit of an unashamed joy.

If Kate Bush were to abdicate her genre-spanning music throne to a twenty-first century protégé, that student just might be the Sydney based songstress ELKI. Her approach to music, especially her stunning vocals and versatility, first caught the attention of many industry insiders a few years ago. But ELKI was in no rush to sell her soul, carefully considering and choosing Meg Mac producer Joel Quartermain, to help her refine her unique signature sound. And already it seems her first songs, including her latest release Beautiful Mess, showcase her strong melodic approach to music, that any newcomer would be envious to have as their own breakout hits.

Taking some time recently to answer my inquisitive questions, ELKI surprised me with some interesting revelations and insight that makes her tick!

ELKI, can you tell us something surprising about yourself?

I was deaf when I was three years old and couldn’t hear for about six months. My parents only discovered it when I didn’t turn around when I was playing with toys and they were calling me. I had been lipreading and they had no idea. I had an operation and the problem was fixed. It was great to be able to hear again and I’ve tried to keep my ears open ever since!

The first ever Kate Bush song that I heard was called Babooshka. My sister played it to death and for a while it drove me crazy. Years later I heard Running Up That Hill on the radio and I fell in love with Kate Bush. Tell me about your love for Kate Bush. How has her eclectic brand of pop influenced you as a person, if not as an artist?

Kate Bush is my all time hero. There’s no one else like her, and she’s simply a genius.  I listened to her first album ‘The Kick Inside’ on repeat when I was growing up. ‘Hounds of Love’ is another favourite album. When I was younger I didn’t realise the depth of her lyrics and it’s only been in the last few years that I’ve realised how ahead of her time she was. She’s very empathetic and often writes songs from a point of view you don’t expect – like a foetus in ‘Breathing’! ‘Running Up that Hill’ was about trading places with the person you love. Seeing it from their point of view. She also isn’t afraid to directly link literature, art or philosophy into her songs. I remember it blew my mind when I discovered she had the Buddhist mantra ‘Om mani padme hum’ in ‘Strange Phenomena’. I’d been singing along to it for years, and didn’t realise what it meant.

How would you describe your sound?

Subversive, melodic pop that tells a story through playful tunes, but with an underlying darkness. I’m a big believer in a strong melody and a powerful chorus – so hopefully that comes across!

Is music a reflection of yourself and your experience, as much as it is about creating interesting hooks and melodies?

I try not to make my songs directly about me, although a writer will always put a bit of themselves in their work, even if they try not to. I’m often inspired by films or stories around me. Or by things people have said – I’m a firm believer in eavesdropping! My Grandma once said, “The moon has caused enough trouble for one evening.” I thought it was a great line and wrote it down in my notebook. I have just recently recorded it in one of my songs.

My first single, ‘Sirens’, was inspired by a favourite film from the 80s, ‘Body Heat’. The latest song I recorded, a piano ballad, was inspired by the Woody Allen film, ‘The Purple Rose of Cairo,’ and the overlapping between fantasy and reality.

I am a strong believer in melody and write most of my tunes in my head before I sit down at the piano and develop them. I love writing as I’m driving and as I’m falling asleep – but not both at once!

I understand you avoided social media for a long time, to only dive into it head first more recently. Can you tell me a little more about your recent experience with it? How important is it now for you in promoting your music?

Look, I pretty much suck at social media and wish it didn’t exist! If I have to take a thousand selfies to be popular, well that’s not happening! I don’t even have my own personal facebook page, and my lovely managers had to very politely suggest that it’s absolutely necessary to have an ELKI music page in order to reach fans!

Beautiful Mess is my favorite ELKI track at the moment. But I do find myself going back to Thunder and that very clever music video. What has the reaction been like to it? I understand it was a bit of a nightmare to film?

I’m glad you like the video! Filming it involved sneaking into a shopping centre after hours and shooting where we prooobably shouldn’t have been, so we kept getting booted out by security guards. Then as we were walking between locations someone threw a glass bottle from a rooftop and it narrowly missed us. It was so close the glass sprayed against my legs, so we ran for our lives!

Are there any plans for a forthcoming EP?

Definitely! I have already recorded a whole bunch of songs, and now it’s just a matter of choosing a select few to go on my debut EP – which will soon be unleashed on an unsuspecting world!

I’ve spent more time recording and writing material than promoting any of it, but then that’s what happens when you’re an independent artist and don’t have a budget.

How do you find the whole experience of playing shows? Are you more an intimate performer or a big fan of props?

I love shows and bouncing around in front of strangers standing in the dark.

Wow, props…? Well, I used to tap-dance, so maybe I could whip out a pair of tap shoes and do a little number.

You have had the privilege of supporting the likes of Bec Sandridge, who by the way has a great sense of style. Have you received any great advice from her or fellow artists like her?

She really has a great stage persona and an amazing look. Bec inspired me to have a strong image (something I need to work on) and to simply be who you are on stage. Don’t try to be anyone else.

ELKI, what is your motto in life?

Be kind, stay chill and compost your vegetable scraps. 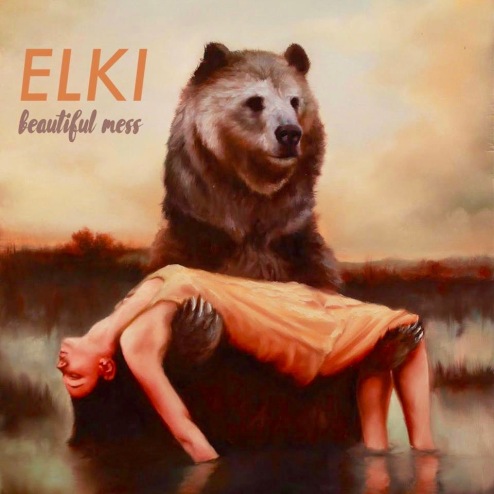 ELKI plays her first headline show in Sydney on Saturday 5th August at the Brighton Up Bar. ELKI will also be a part of the BIGSOUND17 line-up celebrating an array of Australia’s breaking artists. Check out her Facebook page for more details. ELKI’s latest single Beautiful Mess, including her three standout singles Sirens, Golden Age and Thunder are available now through iTunes and Spotify.

Photo credits: The press photo of ELKI is copyrighted Tim Guigan @meta.image/ supplied by ELKI music. It cannot be used without her expressed permission. I am not the uploader of the You Tube clip embedded.

1 comment on “Confessions Of A Songstress: My chat with ELKI.”