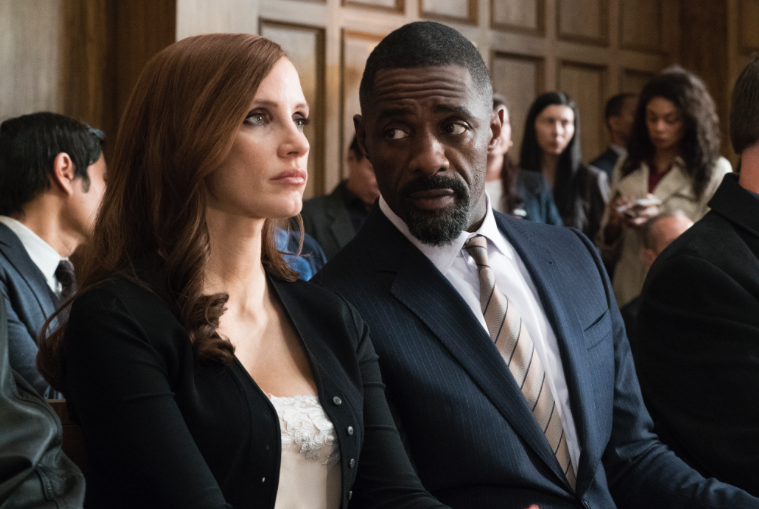 I managed to catch Molly’s Game late in its release last weekend, and as usual I was blown away by Jessica Chastain’s phenomenal performance. As a budding film enthusiast, I honestly cannot escape the allure and sheer brilliance of Jessica Chastain, not only as a warm attentive modern woman, but also as an actress, who is notably nowadays defined by her amazing choice of strong female characters that she seems to deliberately seek out. In short, Chastain is one of the best actresses of the last five years or so, which is particularly evident in her film roles for The Disappearance of Eleanor Rigby, Zero Dark Thirty, Miss Sloane and last year’s The Zookeeper’s Wife.

Jessica Chastain’s role as Molly Bloom, a former Olympic ski-jumping athlete turned “Poker princess”, of course would not have been possible, if not for vision of Aaron Sorkin of West Wing fame. As writer and director, Sorkin has turned his directorial debut into a strong, enthralling and intelligent film about a real woman trying to find her way in a male-dominated world, and for the purposes of this film, it is mostly set in a gambler’s den around a poker table.

Based on the real Molly Bloom’s book, Sorkin’s film follows Chastain as she narrates chunks of Bloom’s fascinating story running poker games for the filthy rich, rock stars and actors. But life wasn’t always a high stakes rush for Bloom.

Forced to abandon her former life as a ski-jumper, after a horrific accident during US Olympic trials, Bloom was compelled to refocus her life goals by dropping her anchor in Los Angeles, where she was set to start her new adventure studying law. But soon after her life is upended by the seduction of big money, when her overbearing real estate agent boss involves her in running his covert poker games. Molly before long discovers she has a real knack for her new job, and only after being fired for being too good at her job, she begins to run her own poker games.

For almost a decade, she successfully runs a network of exclusive tables in Los Angeles and New York, before the FBI finally catch up with her for running illegal gambling operations. And so, with her back against the wall, Bloom at all cost tries to persuade a New York lawyer, played by Idris Elba, to take her case and defend her against some very unsavoury charges and what ultimately seems like a witch-hunt.

It is here that the film goes back and forward as Chastain’s Molly Bloom, tells her story and we are treated to some of the most exciting dialogue and banter between the films two central characters Molly Bloom (Chastain) and New Yorker lawyer, Charlie Jaffey (Elba). It’s no wonder Sorkin’s film treatment was recently nominated for best adapted screenplay. With such a smart script at hand, co-stars and bit part actors, also thrive in their performances, notably Michael Cera (Superbad) as Player X, Brian d’Arcy James as Bad Brad and veteran actor, Kevin Costner, as Molly’s domineering father.

This is a wonderful film, and yes I’ll admit it, I’m in love with Chastain’s performance. She plays Molly Bloom as a smart and sexy woman, but who is flawed, and who gets hooked on drugs and the action to boot. But as Bloom falls down, she ultimately keeps getting up in her attempt to clear her name. Because in the end and after all the angst that they put her through, her good name is all that she has left to hold on to.

Photo credit: The movie still of Molly’s Game used in this article is courtesy and presumably copyrighted material of STX Entertainment, Huayi Brothers Pictures, The Mark Gordon Company, Pascal Pictures and Entertainment One. I make use of the image under the rational of fair use, to enable me to makes an important contribution to the reader’s understanding of the article, which could not practically be communicated by words alone, and by placing the key characters of the film, played by Jessica Chastain and Idris Elba into the frame. I am not the uploader of the You Tube clip embedded here.