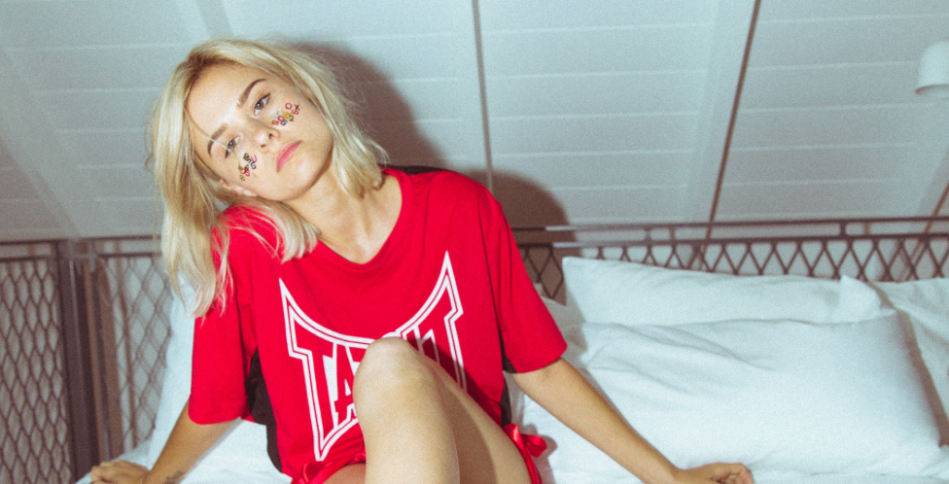 In five short years, Sydney-based dance pop sensation Nicole Millar’s star has steadily risen. Along the way she has achieved some notable career highs – which includes her ARIA award winning collaboration with Peking Duk for the song High and clocking up close to five million streams, after hitting #2 on the Spotify USA viral charts with Tremble. Today, more than ever, she is determined to follow up on her success with her newly released debut album Excuse Me. And if you’ve detected a degree of excitement already around her release, you would be right. It combines three standout singles (all released prior to the album’s launch) with a collection of new tracks that dance pop fans will undoubtedly devour.

On the eve of her new headline tour to celebrate her debut album, we recently caught up with Nicole. Here is a little of what we talked about.

I recently read your debut album Excuse Me described as pop music with bite. You’ve gone all out with fifteen tracks that bounce and engage with an array of wonderful electronic sounds. Congratulations! What are your hopes for this album?

I just can’t wait to release new music, for people to be able to connect with me more, it’s exciting.

It definitely sounds like you have found your niche in pop dance. Was it your intention to make Excuse Me this lively?

I was just writing about my life and I love writing songs that are fun to perform so I guess that’s how it turned out.

Nicole, you’ve been described as Australia’s Next Pop Star! How does a compliment like that sit with you?

Tell us about some of the things that inspire you in how you approached writing your new album Excuse Me?

I get inspired randomly, inspiration normally comes to me when I’m by myself when I’m bored in the car or at home in my room. I also get inspired by images I was collecting allot of images and words before I went to write my album.

I’ve noticed a level of emotional depth on some of your songs and others are just tributes where we can lose ourselves in the beat. Is that a fair comment?

Yeah for sure, the fun thing about albums is you can have a range of songs and not every song has to be a single.

Signals, Gimme a Break and Blindfolded are singles from Excuse Me, that we are currently most familiar with. Any surprises or hints what might be your next single?

My next single will be one that’s about me being honest and not hiding things from others.

Music videos connect the artist and listener more than ever. How important is that medium for you?

I love creating music videos the visual part of being an artist is so important to me. Before each music video I’ll send a brief and lots of images to go with it before a directer pitches any ideas.

Nicole, I dare say you are have grown into an energetic performer. You seem so comfortable on stage. What inspires you to put on a really good show for fans?

Thank you! I think I feel most confident on stage which is weird because I’m actually quite shy! It’s like an alter ego of mine I put on a fun outfit and some makeup and it makes me feel like I can brave the audience hehe.

You’re about to embark on a June tour to promote your new album. What can we expect to see from these new live shows that might be different from what you have done in the past?

New songs!! It’s my biggest headline tour I’ve ever done which is scary! For sure some shows I’ll have a cool lighting set up to.

Finally, what one album from any artist has had the greatest influence on you? And why?

Oooo that’s hard I always just say the Spice Girls because it shaped my childhood. 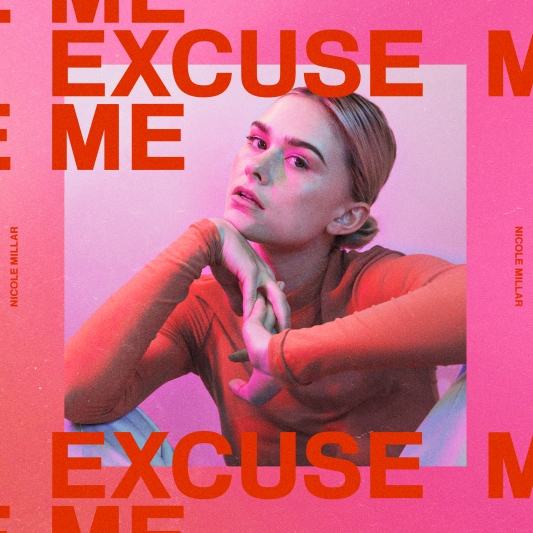 Nicole Millar’s debut album Excuse Me is out now through EMI. Buy/Stream HERE. For more information on the Nicole Millar you can check out her website. You can connect with Nicole via her Facebook page. Follow her on twitter. Watch her on You Tube.

For tickets and touring information on Nicole Millar’s ‘Excuse Me’ tour click HERE.

Photo credit: The header image of Nicole Millar is courtesy of EMI music. I am not the uploader of You Tube clips embedded here.