On June 22nd, 1898, Erich Maria Remarque was born in the city of Osnabruck, in the federal state of Lower-Saxony, in Germany. He is the famed author of the classic novel, All Quiet on the Western Front (1928).

He was drafted into the German army at the age of eighteen, where he witnessed first hand the horrors of the Great War. He, himself, was wounded during the war by several pieces of shrapnel. His injuries would confine him to a German hospital for the rest of the war.

After the war, he worked at a number of different jobs – a teacher, salesman, an organist in an asylum and racing driver – all while working to finish a novel that had been on his mind, since his time when injured during the war. The novel in question was published in Germany as Im Westen Nichts Neues, which became an amazing success within a year. It sold a staggering 1.2 million copies and was later translated into English as All Quiet on the Western Front. It found similar success across the English-speaking world and was made into a Hollywood film.

The books anti-war themes, depictions of trench warfare, comradeship and the internal turmoil of a generation of men, who suffered because of the Great War, appealed to readers from most demographics. However, like many books, it did not escape criticism and was accused of cashing in on public sentiment.

Remarque’s harshest critics though were his own countrymen, who felt that he unfairly criticized the German war effort. In the early 1930’s, Nazi propaganda literally tore to shreds his book. It was banned and publicly burned, forcing Remarque to eventually leave Germany for Switzerland.

For a short while he lived in the United States in the 1940’s , but eventually returned to Switzerland , where he spent the rest of his life. His list of works, many of them on the horror of war, have enjoyed varied success, but his best known novel and classic All Quiet on the Western Front remains the book that defines him. 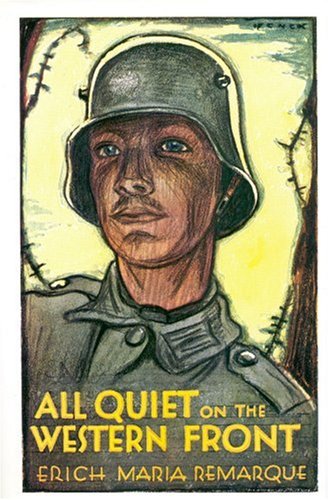 1 comment on “Today in History: Birth of Erich Maria Remarque.”