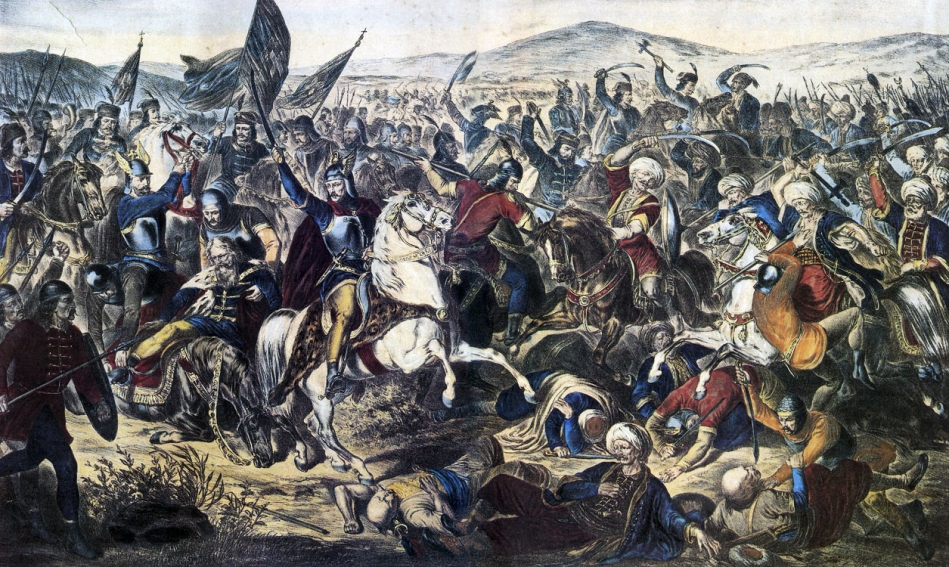 There were two significant battles in the Ottoman conquest of the Serbian state in the fourteenth century. The first of these was the Battle of Maritsa that took place in 1371, and the second, and perhaps one of the most famous battles of European history, was the Battle of Kosovo, which took place on June 28th (June 15th, old style calendar) in 1389, between the armies of the Serbian prince Lazar and Ottoman forces of Sultan Murad I.

In short, the battle was a strategic victory for the Ottomans. The consequences saw the utter collapse of Serbia by 1459 and the complete encirclement of what remained of the Byzantine Empire. The Battle itself, in the years that followed became a symbol of Serbian patriotism and a desire for self-determination. The Serbian Orthodox church would later canonize Prince Lazar as a saint and honour all its Serbian martyrs, who gave their lives to defend their country and faith. In an interesting footnote to history, it would be some four hundred years later that Serbia arose again, against its overlord the Ottoman empire.

The myth and legend of Kosovo gathered steam in the centuries that followed the battle of Kosovo through oral stories and importantly in the form of Serbian epic poetry. By the 19th century Serbian national identity had arguably reached its climax. In the process, national myths were repeatedly celebrated and undoubtedly recycled in Serbian art. The painting Battle of Kosovo of 1389, by Adam Stefanović, is one such example of 19th century art that depicted Serbia’s fallen heroes.

In Stefanović’s reimagined view of the battle, he shows a chaotic scene fiercely fought with massive numbers of soldiers and casualties on both side, and importantly, with Prince Lazar shown dying to the left of the scene on his fallen horse, a symbol of the defeat of the Serbian people. And although it isn’t explicitly shown in this historical painting, things went from bad to worse for the Serbs, when one of their noblemen, Vuk Brankovic, fled the battle with twelve thousand of his men. In traditional song, it is said that Brankovic betrayed Lazar, and left him to die; and so we are left to imagine, whether the central figure riding a white horse in this painting, is indeed Brankovic signalling his troops to flee? 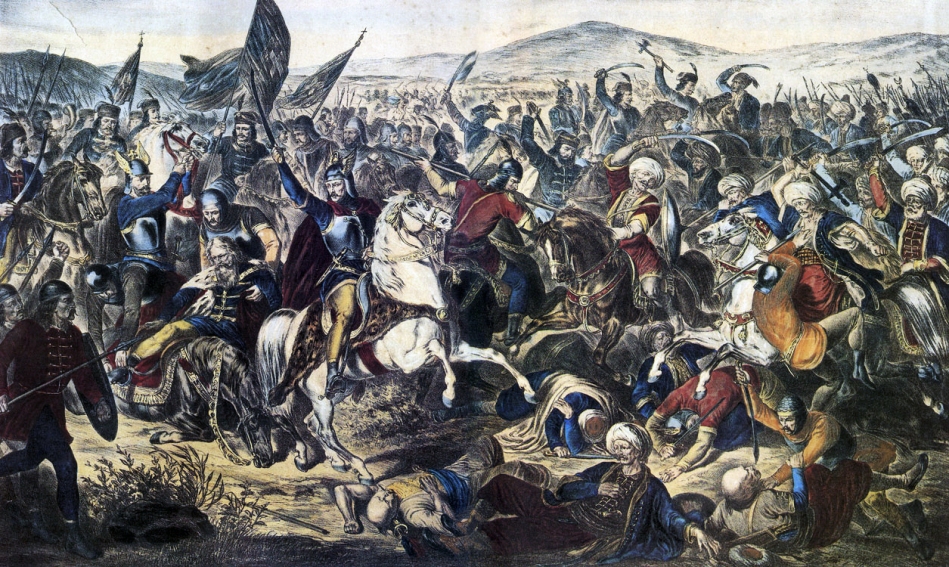 This painting is in the public domain.

1 comment on “History Painting: ‘Battle of Kosovo’ by Adam Stefanović, 1870.”