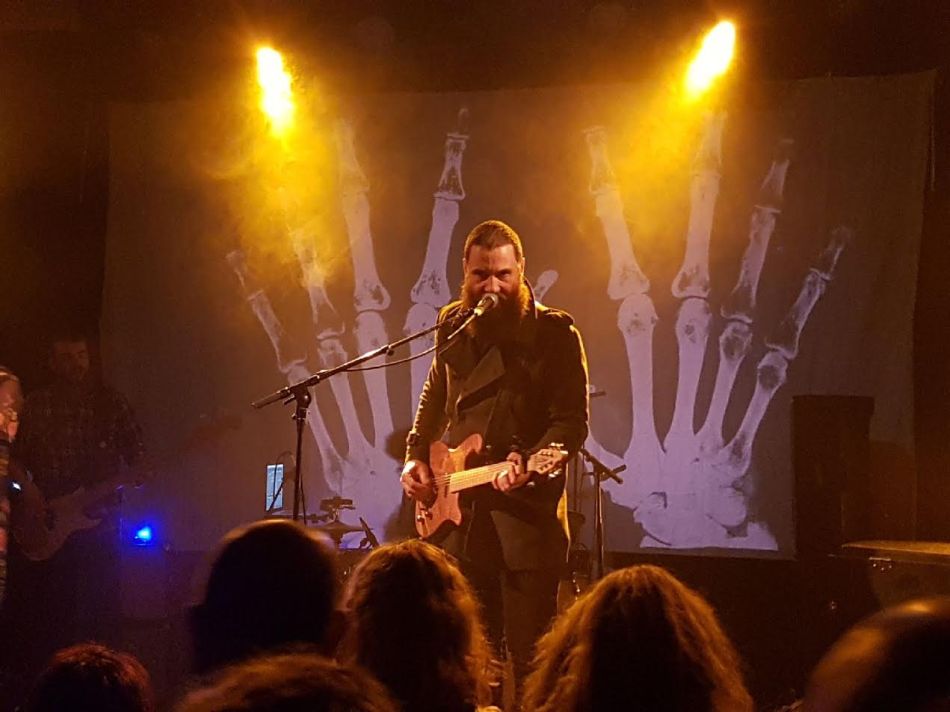 William Crighton, the Australian troubadour (a poet who writes verse to music), is currently celebrating the release of his sophomore studio album Empire with a massive tour that will see him play across the country and internationally over the coming months. Last night (July 20) Melbourne was treated to one of the most exciting live shows I have been to in some time. That said, it’s easy to see why Crighton has won his reputation as an intense live performer. It certainly helps that his music is raw and honest and drawn from his own experiences and relationships with the people and history of this country.

Early on in the night William Crighton asked a packed-out Howler crowd “How are you?” Almost immediate after posing the question, Crighton a gentle giant of a man reiterated, “It’s good to be with you.” The open dialogue and banter between performer and crowd would turn out to be the mainstay of the night something that Crighton absorbed and used as strength to thoroughly entertain Melbourne with a collection of songs from both ‘Empire’ and his first album in an intensely sublime two-hour show that ended on a high with the whistling-inspired Smile.

The show in earnest began with Happiness, touching on that open dialogue I mentioned earlier, with Crighton carefully proclaiming “Ive been searching let me tell you/ For something real I can hold on to/ I found out the truth from an insect/ And the meaning of life is happiness”. The raw energy of this opener arguably set the tone for the night ahead with its upbeat sound and otherworldly theme. It is probably important to note here that Happiness and a handful of other tracks from his new album Empire is somewhat of a departure to the country leanings that many of us are familiar with from Crighton’s 2016 self titled debut album. The folk rock edge that now accompanies the new album throughout sounds incredibly lively, adding importantly an interesting layer to his sententious tone. 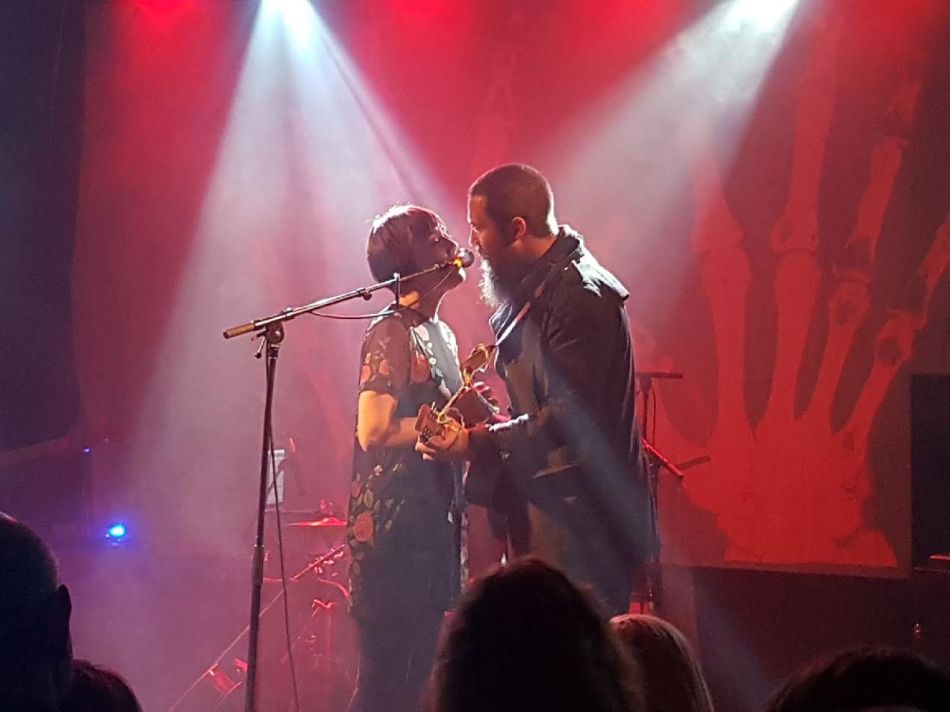 Throughout the night Crighton told us stories about war and crimes and love and happiness all the while standing over us like a preacher. He used his elevated platform to great effect occasionally walking away from his microphone to sing to us in his deep booming voice accompanied only by a steely gaze that still gives me chills. It was pure unadulterated theatre, as Crighton in his typical bush balladry tone, ran through startling renditions of songs like Priest, Rejoice, Jesus Blues, 2000 Clicks and Fire In The Empire. Interestingly, Crighton is unapologetic in his championing of Australia’s indigenous story despite the harsh and politically charged themes that accompany much of his work, especially on Fire In The Empire, and how on occasions his songs make people feel uncomfortable. For better or worse, Crighton points out that his songs and their sobering message are a part of our history, who were are and where we come from. Even a solitary protester during And The Band Played Waltzing Matilda didn’t dampen the mood on the night when Crighton told us a story about how he came to cover Eric Bogle’s folk classic for his album. Politics aside, he pulled off a wonderfully moving performance.

Equally moving throughout the night was Mr. Brown played on keys and his ode to love simply entitled Julieanne. The latter in particular is an incredibly intimate song that shows the tender side to Crighton’s motivations as a songwriter. ‘And I’ll love you until the end Julieanne”, crooned Crighton throughout his tribute to his wife of ten years that made many in the crowd gush with envy. But the highlight of the night for my mind was Morning Song and the moving moment from Jules, incidentally on backing vocals duty, who provided a hauntingly ethereal vocal performance no more than a heartbeat away from her husband.

With his incredibly talented touring band in tow (Josh Jones on bass and Matt Sherrod on drums to name a few), I cannot help but wonder how Crighton will be received around the rest of Australia, in Europe and North America later this year. But if this show is anything to go by, especially with his fondness in leading a guitar solo or two, especially on Devil’s Tongue, I have no doubt he will continue to blow the socks off fans with his uniquely Australian folk rock vibe. 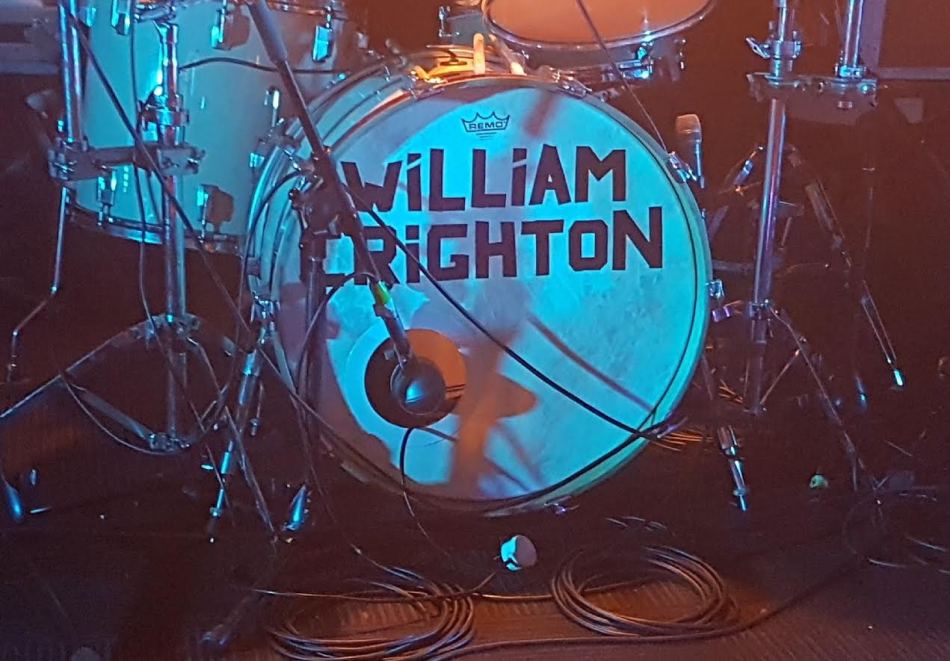 William Crighton’s new album Empire is available in all good record stores and digitally. For more information on his current tour click here.

1 comment on “Review: William Crighton live at the Howler.” 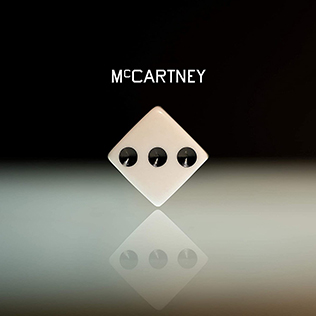