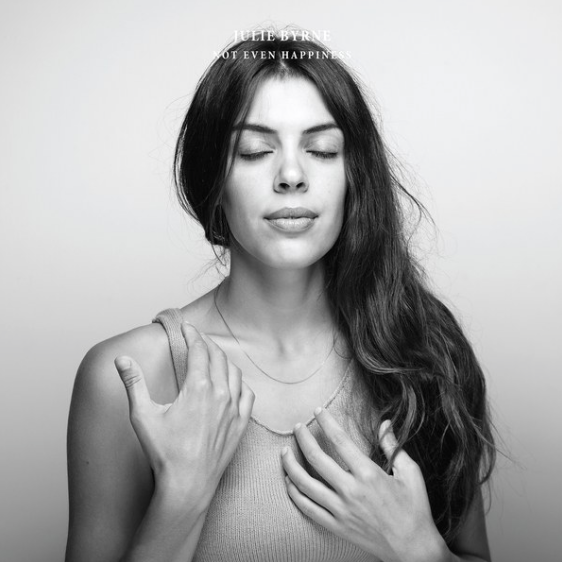 I stumbled across almost by accident a couple years ago the album Not Even Happiness. Just recently I decided to revisit it again. From it comes Julie Byrne’s amazing track Sleepwalker, a song that truly captures Byrne’s infectious husky voices and the raw brilliance of her acoustic guitar. Much of the album is the same, rich with indie folk sensibility and tingled with reverberate sounds (return or re-echo of sound), but the sleepy intimate Sleepwalker speaks most to me, especially Byrne’s finger-picking adeptness. Interestingly, there is no chorus, which compels you to really listen to her lyrics. Byrne’s sings, “I travelled only in service of my dreams/ I stood before them all a sleepwalker,” a song in essence about her time travelling constantly and living on the road in the past few years. But it is also according to Byrne’s observations, a strange ode to love about how even though she searches for love and fulfillment, it basically isn’t necessarily the solution she seeks.

There is a lot to like about Bryne’s folky sensibilities and the ease that she conveys her message other than just Sleepwalker. From start to finish, Not Even Happiness, is wonderfully pleasing with a lot of thought put into every song. Moreover, every single note and chord change sounds as crisp as the next. Listen to it long enough and you will be convinced Byrne is playing her guitar right next to you, as if she had literally jumped out of your headphones or stereo speakers. But it is Bryne’s incredibly atmospheric if not haunting vocal performance that really stands out across her album.

I managed to listen to this album across a variety of settings, in particular alone in the car, where I could really imagine myself in her restless shoes. Even after arriving at my destination on my local commute, it was hard to let go of Byrne’s comforting voice. One of the album’s standout tracks Natural Blue instantly comes to mind as a reminder that something as simple as a blue sky can feel reassuring and safe. And I suppose if that isn’t enough, maybe something as grandiose as the album’s final track, I Live Now As A Singer, which plays out like a mesmerizing dream, might leave you feeling a lot more reflective. It is the only track that Bryne’s so to speak abandons her guitar in favour of some really great spares orchestral arrangements.

0 comments on “Julie Byrne – ‘Not Even Happiness’ album review.”