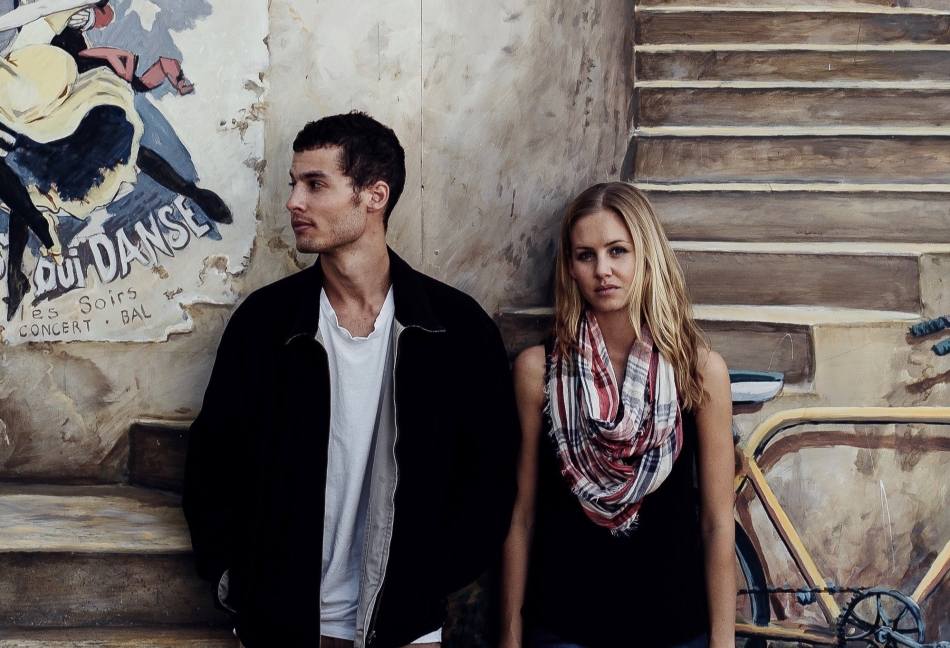 Hailing from Perth, Western Australia, The Money War is one of the exciting upcoming indie rock bands on my radar this year that I honestly feel will be leaving their mark on the charts by year’s end. They first caught my attention with their wildly popular hit single Recall in 2017. Now, of course, my attention is fixed on their incredible new album Home, a collection of infectious melodic songs, in particularly their current single, the title track Home, which written and produced by The Money War’s Dylan Ollivierre and brought to life with Carmen Pepper’s impeccable vocal performance.

With a stellar year in the making for The Money War, I recently reached out to Dylan Ollivierre, who was kind enough to shed some light on their new album Home. Here is some what we talked about.

The Money War has been a project that has been something you have always wanted to do on your own terms. How proud are you of what you have achieved thus far?

I’m glad that comes across because thats exactly how we feel about the project. I think having been in bands before and had a taste of what the industry is like, we really wanted to make sure that The Money War was something that we could always stand behind. When I think back on some of the things we’ve achieved I am very proud. It’s weird though- it’s hard not to be focused on what’s next, but it is very nice to look back and realise that we’ve achieved a lot of cool things.

For those who might be still unfamiliar with The Money War, Dylan could you please tell us something surprising about your ‘working relationship’ with Carmen?

Well the most obvious thing to mention is that we are married. We always wanted to keep the personal life separate to music, and will continue to do so, but thats a significant one haha. We produce all of our music from our home studio too. That started mostly from not having a budget to get a producer on board but I feel as a consequence we have found our own sound.

What do you recall about the circumstances when inspiration struck when it came to writing your new album Home?

The album was written over quite a period of time, with lots of different things happening in between. I think generally though, the songs come from taking a critical look at things and trying to turn it into something beautiful. Thats what I love about a lot of music from the 60’s and 70’s, especially soul music- it’s often uplifting music that can bring people together.

There’s a real edgier sound to the album ‘Home’. It’s definitely livelier all the while embracing all those great synth pop traits. How did you decide to address the balance for this album?

I think, again that goes back to the juxtaposition I was talking about between ugly and beautiful or whatever you wanna call it- If its all sweet and “everything is gonna be alright” then its hard to swallow. That is where the production can help. Like, if those great soul records were recorded now and sounded as shiny as Katy Perry for example (I love Katy Perry btw) then I think they may come off as a bit cheesy. But theres a real grit and honesty in the live performances, the way the sound is distorting, the way it is a little bit rough. I think thats the balance that makes something endearing. It cant be all rainbows and butterflies but I also don’t want to be antagonised. Thats my take on it anyhow!

Sonically one of my favourite tracks is Man’s Needs. I particular love that wailing effect. What can you tell me about the different guitars used for that track?

Well the guitars in that song were purposely made to sound kind of shitty and intense. Both the rhythm and lead were recorded through my telecaster on the bridge pickup and then through a cheap 10 watt Marshall practice amp that has holes stabbed in it. The slide guitar is doubled. Definitely had Neil Young in mind when making that song- we wanted to capture a raw and intense feeling.

What do you like most about the studio process? Is it at all difficult translating what you do to the stage?

The studio is my favourite place in the world. It’s my place where I can go and get out what is in my head and feel totally safe of judgement. The biggest challenge with that kind of approach is that you can literally do anything- a song can have 100+ layers. So then when it comes to live it can be hard to translate what you were trying to get across sonically. But I think if the songs are good they will come across anyway.

Have you secretly road tested your new album in a live setting? Maybe, a friend’s garage?

Most of the songs we’ve been playing in the live show previously but definitely some that we’re figuring out how to translate to the live setting.

Still talking about the stage and live shows, what to you enjoy most about playing shows as a duo say compared to when you hit the stage as a four-piece?

Pretty much all of our songs are written just on a guitar or piano so they tend to translate back to their original quite well. Playing stripped back means the vocals and harmonies within the song can shine and playing as a four piece means we can let loose more. Both are fun, just different!

Before I let you go, I’m curious about the song In The Morning With You. It’s a beautiful song to close the album. Any significance in placing it right at the end?

Well it was actually the first song that was written and was at a time when The Money War as a concept wasn’t around. It’s meaningful to me because it was truly just written to express how I was feeling at the time. It was after my last band had split and I was feeling very disillusioned with music and life in general. The recording that made it onto the album was a 1 take demo that I did on my friends crappy little interface, but it captured something.  So it was recorded over 3 years ago now and always just kept poking its head up. I still feel like it represents what The Money War is for me and I think its a nice tie up to the themes that are put forward throughout the album.

The Money War’s album Home is out now through littleBIGMAN Records. You can also stream the album via Spotify | Apple Music | Soundcloud. For more information on The Money Wars, including upcoming shows, check their website. Follow them on Facebook | Twitter | Instagram.  Watch them on You Tube.

Photo credit: The header image is courtesy of EMI Music’s publicity portal. I am not the uploader of You Tube videos embedded here.

1 comment on “Interview with Dylan Ollivierre from The Money War.”