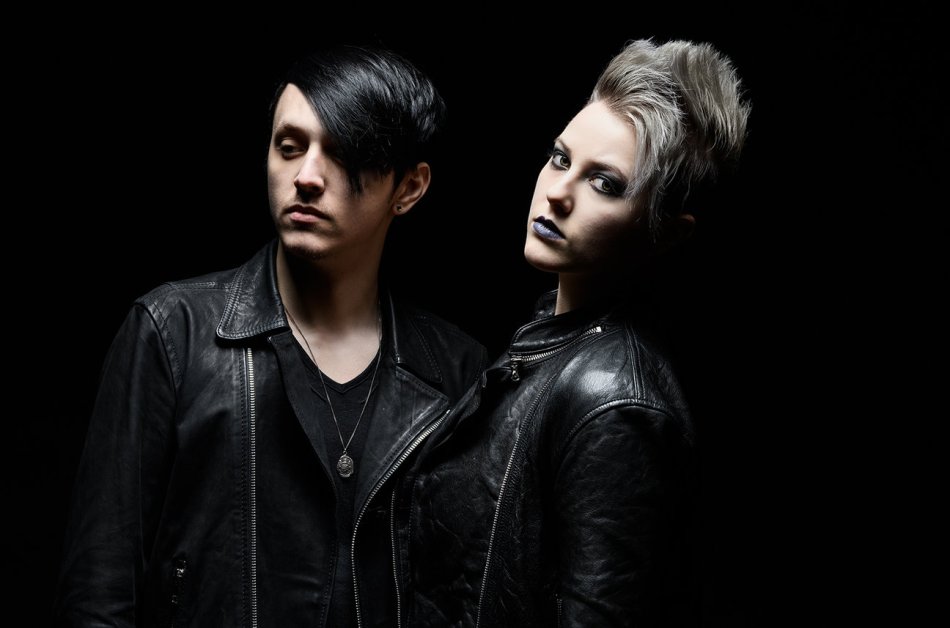 Anyone who is brave enough to cover songs by American gothic band Type O Negative bloody deserves a medal. I don’t say that to be callous, its just that it would seem like an impossible task to get it right or do Type O Negative any justice. But stranger things have happened as one of my favourite alternative hard rock/metal bands of 2017, Black Satellite, recorded a cover version of Type O Negative’s My Girlfriend’s Girlfriend, a deep bass and organ-heavy ode to polyamorous relationships, with interesting results.

In short, it’s a pretty good tribute to Type O Negative, one of the most abrasive metal thrash bands (probably) ever, led by their spiritual leader and frontman Peter Steele, until his death in 2010. Of course, while no one will ever come close to pulling of Steel’s lyrical sarcastic humour and wit on My Girlfriend’s Girlfriend  (and why would you, it’s damn creepy), Larissa Vale and Kyle Hawken, the duo behind the band Black Satellite, instead take the best of My Girlfriend’s Girlfriend and amp it up.

In an exclusive for Billboard last year Black Satellite’s Larissa Vale and Kyle Hawken’s opened up about the inspiration behind doing a cover version of Type O Negative’s My Girlfriend’s Girlfriend. For the most part Larissa says she was inspired after reading a lot of press about the anniversary of Peter Steele’s death and his influence in metal circles. Doing a tribute to him according to Larissa seemed like a good idea: “I felt like I wanted to tip my hat to a great musician who came before us.”

When she introduced Type O Negative’s My Girlfriend’s Girlfriend to her band mate guitarist Kyle Hawken, he too was blown away by them. “I just fell in love with that song and have been following them ever since,” Kyle told to Billboard. “Every time I heard it I heard more high production -heavier guitars but still keeping the same dancey vibe.”

And so the idea of a tribute became a mini project where Larissa and Kyle recorded two Type o Negative songs – Don’t Wanna Be Me and My Girlfriend’s Girlfriend.

On the latter here’s a little of what Kyle said about his motivations on recording My Girlfriend’s Girlfriend. “I just fell in love with that song and have been following them ever since. Every time I heard it I heard more high production -heavier guitars but still keeping the same dancey vibe. I think what we did sticks pretty close to what they did. It’s a good mix of their song but also with our taste for heavier guitars.”

Larissa would also add that: “I think that song really pushes the boundaries in a lot of different ways, especially lyrically. We just wanted to be fearless with it and also have some fun. The song is super dancey, a lot of neon lights type of feel. We wanted to create that fun atmosphere with it.”

Photo credit: The header image is courtesy of Black Satellite. Larissa Vale and Kyle Hawken were both photographed by Chris Owyoung.  I make use of them under the rationale of fair use because no free equivalent seems to exist and they serve as the primary means of visual identification at the top of my article dedicated to the article in question. I am not the uploader of the You Tube clip embedded here.

0 comments on “On my stereo this week: Black Satellite’s cover version of ‘My Girlfriend’s Girlfriend’ by Type O Negative.”