For fans of Sara Rachele, I thrilled to say her new album is finally here after an unexpected delay over the past few months. If anything the delay probably came at a good time for Sara as she gets ready to hit the road this fall in support of her new album. Talking of her new release, Sara Rachele embraces the unconventional, all the while hitting new highs with Scorpion Moon, arguably her most sophisticated album to date. Interestingy, Scorpio Moon was recorded live to tape in Brooklyn, N.Y., with rhythm and blues guitarist Binky Griptite and other members of Amy Winehouse & Sharon Jones’ former backing band The Dap-Kings. All in all, Scorpio Moon contains an impassioned collection of ten songs, cleverly submerged in elements of 60’s pop, country, folk, Americana and jazz, worthy of our attention. That said, a while ago, I put some questions to Sara about her new album. Here is some of what we talked about.

The first thing that struck me Sara about you was that you ‘grew up a studio rat and folk child’. Can you tell me something about those early days?

As a kid growing up, we had  a lot of art around. My mother is a watercolorist, and she had her studio in our home, with all these wild framing machines everywhere. I grew up thinking everyone’s house had reel-to-reel players, vinyl, art prints and parents who let them make messesof everything. We’d run around, and by the time I was big enough I’d dropped off at the music venues in town to just hang around the art makers. They’d pay me in shows and I’d do whatever neededto be done to keep the place clean. Eventually I met enough musicians who’d have me create in their basement studiod, and I just stopped doing that.

When did you first fall in love with the guitar? What do you remember about it?

I’m a piano player, and composing songs since I was small — But guitar really opened up so much for me as a writer, but I didn’t start playing seriously until college. Then all the sudden the songs just came.

Throughout your new album Scorpio Moon you blend many genre elements together. Which artists would you say have had the most influence on you in how you approached this album?

It’s been almost two years in between albums releases, what did you learn in this time away from music about yourself and the reflective process of Scorpio Moon?

This is the most intensive work I’ve been a part of, the pre-production schedule was intense, and gave me some time to work out arrangements on the tunes. I don’t rush it. Production is hard. That’s why the acoustic music is my counter to that, just the simplicity of it, I need.

Do you have a song from the new album that is most representative of you at the moment?

“Let Me Make It Up to You (You’re Such a Sweet Thing)” is the newest tune. That’s the closest to my heart, right now.

That said, I was wondering if you could tell us a little bit about how your songwriting process works? I understand you recorded the new album live to tape in Brooklyn, New York?

A lot of my songs, come from someplace I know not. But I work and write every day, and write from my experience no matter how dysfunctional it can be. I keep the channels open as much as possible these days and just sit down with my instrument and start singing. It’s my meditation.  That’s what’s neat about recording live on tape — You end up with a record that feels like a real record of a real thing, too.

My favourite track is definitely Let Me Make It Up To You (You’re Such A Sweet Thing). It has very old school 60s country pop feel. Can you tell me something surprising how it came about?

Thank you. I wrote that song in my mom’s art studio in Atlanta, then finished it in the bathroom up in DC at my best friend’s apartment. I like apology songs. I don’t know if that apology ever got accepted, though. I’ll have to ask.

What do you hope listeners will take away from listening to your music, especially your new album?

I try to be honest, from the heart, whatever that sounds like. I hope the music helps someone else in some small way. That’s why I do it.

Finally, Sara, do you plan on getting out on the road and performing your new album?

We’ll be out this fall. And using our passports too. 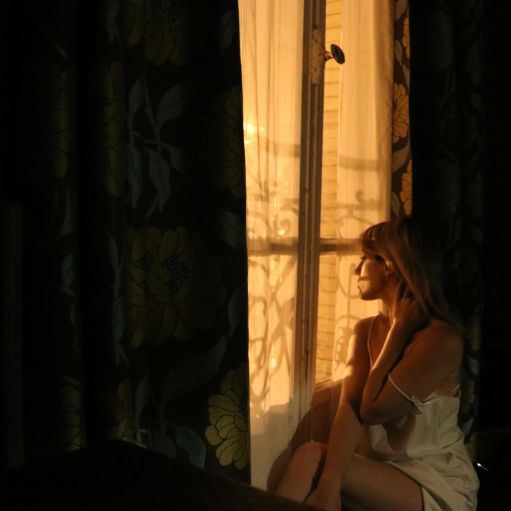 Sara Rachele’s Scorpio Moon is out now via Angrygal Records. Listen to Scorpio Moon on Spotify. For more information on Sara Rachele including tour updates check out her Facebook page and Twitter feed.