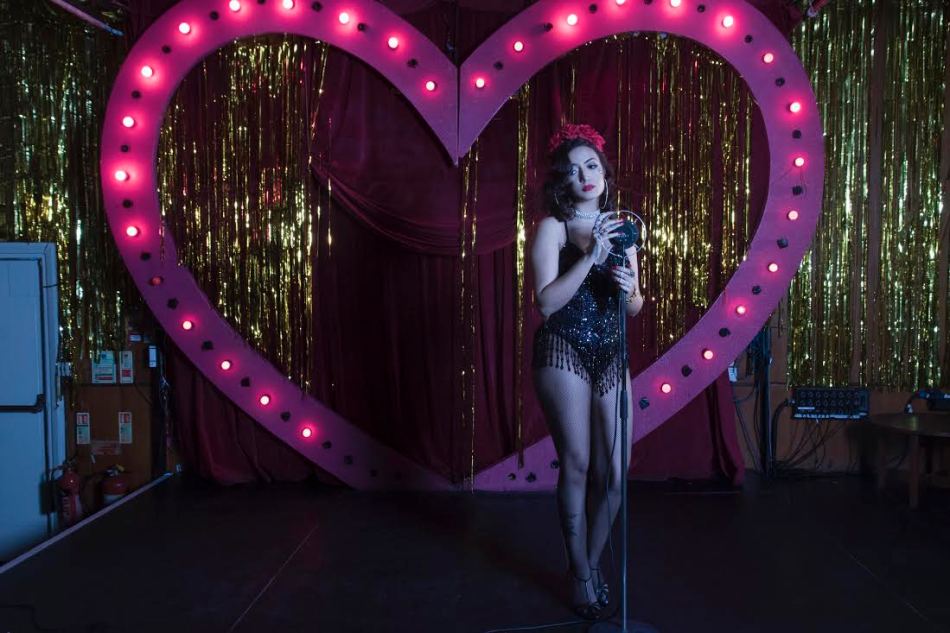 The unique appeal of Lux Lyall is twofold. Firstly, there is her sensual old Hollywood allure, which hits you like a wistful breeze. Then there’s her breakout songs which draw you into her intimate world, tackling issues of mental health and empowerment with biting lyricism, set against what feels like an avant-garde approach musically speaking. Forgoing all the flashy trends for a completely distinctive approach to music, this London based singer-songwriter-poet is definitely what we need in music today. That said, I recently caught up with Lux to talk about her exciting music venture.

Lux, is music a reflection of yourself and your experience, as much as it is about creating exciting music?

Definitely. It kind of just started out as a place for me to vent. Writing and music was just a form of getting things out of my head and onto paper,  and eventually into songs or poems. I had a long period of not really wanting to share that with anyone. I only got excited about sharing it after meeting musicians like David Ryder Prangley and Drew Richards (who has produced the album), both of whom I write with. They made me feel like they wanted to hear what I had to say and I was like, ‘Really? Well okay…’

In recent years the debate around whether song lyrics can ever be poetry was reignited when Bob Dylan was awarded the Nobel Prize for Literature. How does being described as a songwriter and poet sit with you? Would you agree that there is enough room for poetic artistry in music? And why?

Being described as a poet still doesn’t sit with me if I’m honest! I studied it, and I write it, but its still hard for me to say that I am a poet. Poetry was much harder for me to share than music, it still is. It’s a lot more exposed for me, I can’t build a world around my poems, they just are what they are.

I think poetic artistry in music is really important. I tend to be a lyrics first kinda gal in a lot of ways. Sometimes I’ll like what a song is saying but won’t particularly like the style of the song, but I still sit back and think “that was cool though, how they pulled that phrase together…” then defend it to my music snob friends….

Still on the topic of literature, I recently listened to a podcast where you were a special guest on Your Own Words. In short, you talked about your love for the book The Virgin Suicides by Jeffrey Eugenides. You have such an intense passion for it. How has your love for literature shaped who you are as a person?

It’s funny. I’ve been so busy working on the album recently that I haven’t had as much time to read as I’d like to. There was a long period of my life when I was never not behind a book…I definitely miss it. My love of literature started when I was actually really young, something about being read to, and the comfort in that. Ultimately it’s an escape isn’t it? I’m all about a good exit strategy from my own chaos at any given time..

You marry art with poetry in your music videos. The visual mystique behind it is quite captivating. How important is the sense of old Hollywood allure to you?

Thank you so much! I’d say it’s pretty important. When I was a kid, probably around 11, the first two posters I bought and put up on my bedroom wall were of Marilyn Monroe and Kurt Cobain. My fascination just kind of grew after that. I don’t even remember where I first saw Marilyn. I didn’t see any of her movies till much later. It was just something about her.

I’d hope those who dismiss it as unimportant would try to educate themselves about how incredibly, deeply, important it is… there’s not understanding, but wanting to, and then there is diminishing someone’s struggle, which I really don’t get.

To those who do struggle I’d say reaching out to someone is always an option, and as cliche as it sounds, please understand you’re not alone in this. I keep repeating that to people I love, people I don’t know, young people who get in touch with me because, that ultimately, is what saved my life. Knowing that there were people who could relate to me, and who were willing to listen to what I had to say about how I was going through.

You celebrate women in the song Switchblade Baby. If I could ask you Lux, who are your role models? And what about them do you admire?

I have so many! First person that comes to mind is probably Katie Jane Garside, she’s just. Incredible. She’s been a big influence on me since I was a teenager. Billie Holiday is another one Bessie Smith… Marilyn, always. I love fighters. I love women who are strong and I love women who will hold each other up when being strong isn’t an option. That’s most of my friends. Also I would write an entire album about Terry Jo Duperrault. Her story is incredible.

Your working on your debut solo album, is that correct? How far away is a release date for it?

Finally, Lux, can you tell us something surprising about yourself?

Does anything really surprise anyone anymore though?

1 comment on “The allure of old Hollywood: Interview with Lux Lyall.”