I’ve often said that with so much music demanding our attention these days, your first port of call should always be what’s going on in your own backyard. Here in Australia, indie rock, pop music and even hip hop is going through a new renaissance and in the forefront dominating the scene are an exciting crop of musicians like Amy Shark, Tones and I, Gang of Youths and Charlie Collins. That said, curating the following list of the top ten Australian albums of the year, in no particular order, was always going to be a challenge given the extraordinary contribution of an eclectic mix of artists, who have all left their mark with some outstanding albums this year. Anyway, I hope amongst them you will find something worthy of your attention. Enjoy! 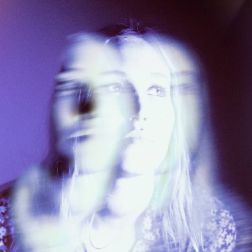 Earlier this year Australian singer songwriter and musician Harriette Pilbeam aka Hatchie released her lead single Without A Blush from her album Keepsake. With a little bit of everything, especially gritty guitars mixed up in a wonderful sonic soup, Hatchie wasn’t kidding when she said it would be “the perfect introduction to the feelings and sounds on the rest of the record.” Having had the opportunity to subsequently really soak in her debut album, I can definitely say that its adventurous nature makes its worthy of this top ten. With some great ‘80s and ‘90s influences together with the confidence of today’s modern pop, I recommend you start with the songs Unwanted Guest and Obsessed and then circle back to the beginning of the album and enjoy the whole ride.

Does it surprise anyone at all that Dean Lewis was sitting pretty in charts around the world with his debut album A Place We Knew this year? I didn’t think so. Moreover, when Lewis recently picked up the ARIA gong for Album of the Year, it truly capped of a stellar year for the Australian singer-songwriter. His ability to connect with fans across the world comes down to his balladry, which has been often compared to the genius Ed Sheeeran and Vance Joy. With hit singles like Be Alright, 7 minutes and Waves, it really is a joy to listen to his acoustic-driven pop songs.

By turning their back on modern recording technology and embracing their wild side with plenty of old school swagger and 60s-inspired Motown, the blues rock revivalists Teskey Brothers in recent years have become everything they were destined to be.  Incorporating elements of southern rock, Americana, psychedelia and gospel to name a few, the Teskey Brothers are the cure-all antidote that many of us have been searching for. That said, their acclaimed second album Run Home Slow is close to being one of the best punch-you-in-the-gut albums of the year. On first listen, I guarantee you will be absolutely hooked by their magic and especially blown away by John Teskey’s huge soulful voice.

Unrelenting in her creative drive, Olympia’s Flamingo more than delivers on the promise of her debut Self Talk (2017). Over the 11 wide-ranging tracks, Flamingo is engaging, honest, raw and an ode to love in some respects. It is much more if you consider that just maybe Olivia Bartley aka Olympia is letting her guard down to show the real person behind her stage name. For fans of Olympia, you will be also pleased to know her guitar is up front and still doing the bulk of the hard work sonically but with plenty of innovative studio fuzz to boot. A great example of this is the opening track and first single Star City. While I’ll always appreciate Olympia’s trademark guitar, I’m equally drawn to Star City’s shimmering synths, a driving backbeat and ingenious vocal hook. Take it from me, you’ll find yourself dancing in no time. But lets hope you have a little better rhythm than Olympia. That said, the song’s accompanying video is a real hoot. Takes a while to appreciate Olympia’s ‘rhythmic-domesticities’ but it’s all in good fun.

I have been quietly obsessing over two great indie rock-folk bands this year. The first is the American band Big Thief, which I will be talking about more in the coming weeks, and the second is the ARIA award winning Sydney-based band Boy & Bear, who back in September this year were finally back with their fourth album Suck On Light. Interestingly, it was touch and go if the band would ever get back together, after years of not knowing what was wrong with singer-guitarist Dave Hosking and the acute pain he suffered almost on a daily basis. But a breakthrough came when doctors finally detected the cause – an invasive pathogen in Hosking’s gut, which is now being treated, which also means Hoskings is able to get back to doing what he loves best. With Boy & Bear pretty much firing now on all four cylinders, Suck On Light was a real return to form for the Australian indie rockers. In short, staying true to their roots, it’s a thrill to still hear some of the 70s influences and harmonies that made them one of this countries best indie bands.  Lyrically, I also love the fact that the album shines a spotlight on Hosking’s heath battle and the effect that it had on the band. 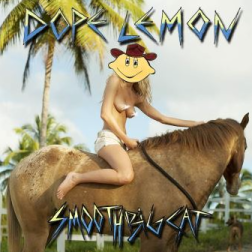 I’m seriously a huge fan of Angus Stone from Angus and Julia Stone fame. Mind you I’m also impressed by anything he does outside of his collaborative efforts with his sister, especially his brilliant side project Dope Lemon (which he first introduced to us back in 2016).  As Dope Lemon, Stone has his mind squarely set on making laidback indie alt-rock folk a thing of beauty. On Smooth Big Cat you can’t help but wonder whether Stone’s “there’s no rhyme or reason” approach to making this record was truly intentional. But ask Stone and he’d tell you he was just happy going with the flow. And that’s how Smooth Big Cat should be listened to, by immersing yourself in it haziness from the comfort of your banana lounge and a nice beer. Be sure to check out Dope Lemon’s lead single Hey You for a sense of what I’m talking about.

I feel like Tanya Batt would make a great dinner party guest. Pop culture, geckos and science are some of the things I think we’d find common ground on. Ok, maybe not geckos. But on the subject of science and space, Batt’s fascination with the Voyager mission is something that we both could easily see eye to eye on. Interestingly, the Voyager mission became the inspiration behind her incredible debut album. But if I am correct her EP 62 Moon was in fact the initial test run so to speak of the scale she hoped The Grand Tour would become. As a concept album in particular with the process she went through in selecting the extraordinary samples from Voyager’s mission Batt’s succeed in spades in taking my mind on a journey through music and time and space. In short, The Grand Tour is a deeply personal album worthy of it’s inclusion here. If I am to take one song that sums up Batts vision and how she might have hoped it would make the listener feel and interact with her, its got to be Waste of My Tim, the album’ epic conclusion. It builds and boils over with brilliance. In my mind’s eye when listening to Waste of My Time, I’m picturing that great moment in 2001 A Space Odyssey with the ‘Star Gate’ sequence. It’s the sort of effect you hoped for, to make us feel like we were drifting out into the abyss of space.

I have an extraordinary amount of time for someone like Angie McMahon who affirms her faith in wanting to ”rock out” like Springsteen, Neil Young and Bon Iver. Her debut album Salt is a wonderful example of what modern rock should be, especially with McMahon’s intoxicating jangly electric riffs and reverb tinged rough and ready guitar. Of course, what brings all these elements together is without a doubt her extraordinarily cathartic songwriting chops and her heavenly raw voice which has often drawn wonderful comparisons to Florence Welch. If you ask me, the twenty something McMahon is the future of rock. She is engaging, sensitive and a thrill to listen to in a live setting.

I first heard about the extremely talented and proud indigenous Australian, Thelma Plum, back in 2018, when she released her single Clumsy Love. At the time it was billed as an exercise in cathartic pop, especially after revealing how she had gone through a torrid of racist and misogynistic abuse directed at her. I remember being absolutely blown away by the hate, but I was even more thrilled earlier this year when I heard she had fought back turning around her personal pain into triumph on her new album Better in Blak detailing along the way her inner strength and healing. In short, Plum doesn’t miss a beat on an album sonically difficult to truly pigeonhole. Along with experimental beats, pop, folk and even country elements Better In Blak is an unapologetic triumph for Plum. That said, I still can’t believe she was robbed more recently at the ARIA’s. Nonetheless, the indie-pop sensation has left a huge impact on 2019 that no one can take away from her.

Australia’s knack of producing amazing female musicians continued to gather speed this year with Tamworth native Charlie Collins and the release of her debut album Snowpine. Collins first came to my attention last year when her debut single Wish You Were Here made a real splash on youth radio Triple J. Since then I’ve spent some time discovering the person behind that amazing debut single. Of interest, I found out that her love of singing country songs with her dad, also led to her really taking an interest in understanding the inspiration and meaning behind the songs and lyrics she was singing. From it sprung a desire to write her own songs, and to tell her own stories of personal upheaval, love and other life experiences, to ultimately make her debut solo album Snowpine. In short, from the twang of country guitars on Unwell to the gorgeous sounds of acoustic bliss on Run Dry, Collins blurs the lines of alt-counrty and indie rock to create one hell of an album. Standouts include Mexico, Beautifully Blind and Please Let Me Go. Honestly, if this isn’t on your radar, it should be!

Photo Credit: The album cover artworks used for this review are all courtesy of their respective record labels, or the graphic artist(s). I make use of them under the rationale of fair use because no free equivalent seems to exist and they serve as the primary means of visual identification at the top of my article dedicated to the reviews in question. I am not the uploader of the You Tube clip embedded here.