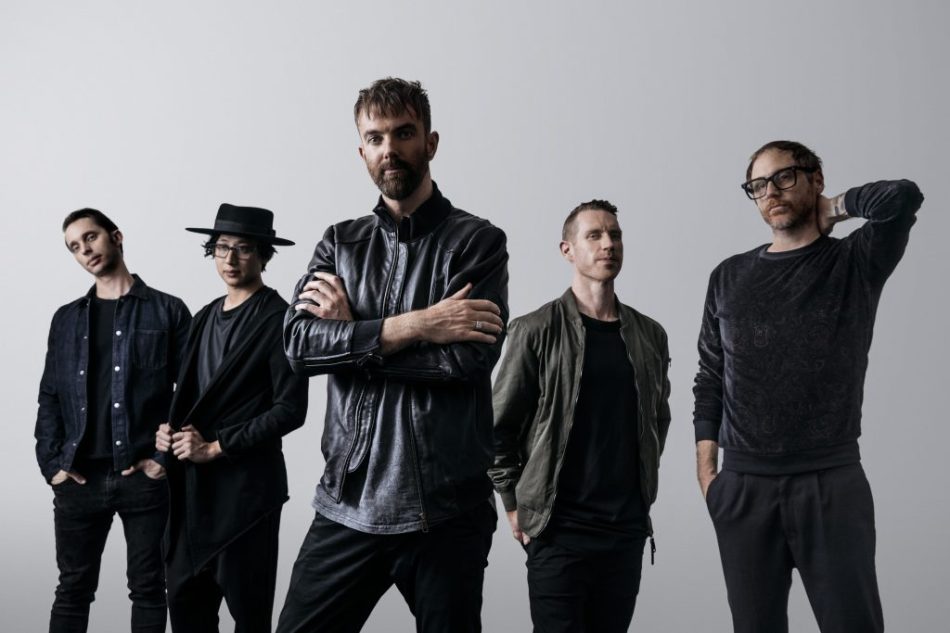 Can you believe thirteen years ago the Birds of Toyko released their acclaimed debut album Day One! Since then, the ‘Birds’ have built upon their success with a string of hit singles like Plans, This Fire, Lanterns, Anchor, I’d Go With You Anywhere and Brace to become one of Australia’s premier contemporary alternative rock bands. Honestly they could easily call it quits today and live out arguably a quiet life in relative comfort. But of course anyone who knows anything about this ‘band of brothers’ knows they aren’t done yet!

Interestingly, the tumultuous period in frontman Ian Kenny’s personal life with his marriage breakup gave the band a renewed sense of vigour in recent years. The whole experience became the catalyst for the band’s creative juices to start flowing again, which saw a succession of singles – Unbreakable, Good Lord, The Greatest Mistakes and Two of Us – over a eighteen month period that eventually this month accumulated into the release of Birds of Tokyo’s new album Human Design. In short, never a band that rests on its laurels, the new album is without a doubt a powerful statement from a seasoned act still brave enough to push the envelope creatively.

Written and recorded before the Covid-19 pandemic disrupted our everyday existence (and Birds of Toyko’s tour plans), I recently had the opportunity to chat with drummer Adam Weston about the new album, the band’s creative process and about life in self isolation.

I can only imagine with covid-19, the inability to reconnect with all the traditional modes you’d expect to promote your new album Human Design, must be a difficult time for the band?

The pandemic has certainly turned many things upside down including preventing something as fundamental as visiting a radio station to have a chat, right up to having to reschedule a full-scale tour. While the effects of the virus have obviously been devastating, it’s been interesting to see artists get creative in front of the camera from home. Big props to Ali Barter who announced a multi-date tour of her house!

How have you been using your time to get inspired during self isolation?

I think there’s been a conscious effort not to get stuck in a rut and feel like isolated time is wasted time, so the band are already head-first into sharing new song ideas, re-visiting older unfinished songs etc. We’re always quite close online anyway ever thought we’re spread out over three states, so there’s a never-ending stream of rubbish to scroll through if you happened to neglect the group chat for a day or two! We’re all aware that’s it going to be ‘go time’ on the road at some point, so writing from home has also staved off cabin fever…for now.

Lets talk about the latest single Two Of Us from the forthcoming new album. How would you describe it to someone who hasn’t yet heard it?

Two Of Us is a love song, hands down. It’s about reconnecting with the one you’re destined to be with, despite whatever problems there were in the past. Some band members had just come out of a fairly long period of turmoil, so it was refreshing to all want to work on something that simply felt uplifting. It’s a delicate song but with a big swaying gospel-esque sing-along chorus feel that for me ultimately has a vibe of reassurance that everything’s going to be ok.

What do you want fans to come away with the new album? How do you feel it is different from the last album?

Human Design couldn’t be more different than the previous album Brace. Human Design is a chance to hear the band in a more relaxed and natural setting where the priority has been to let the personal experience lead the way and have the songs almost write themselves from there. There’s no possible way we could have written any other sort of record. Every time we’d revisit an older idea it just instantly fell into a different column. Everything just poured out and therefore felt fresh, so by embracing that I think it removed a lot of the pressure. I love records that are from a real time and place and are purposeful in that sense, but the soul-baring nature of the songs are often the things we can all relate to.

Brace was a very intentional record. In hindsight it sounds like the band were trying to get something off their chest, more so than the worldly frustration that was bubbling over into the creative space. It was a challenging but very rewarding album to make as we placed a lot of limitations on the process to avoid falling into familiar writing traps, but also gave ourselves enough freedom to flex some different musical muscle where having to choose a single was the last thing on our minds. Where Brace was cold and metallic, Human Design is warm and wooden.

Was the creative and production process for Human Design easy to slip back into?

Once we knew the majority of the songs were going to be centred around a vibe of storytelling, it was just a process of building the songs up organically and carefully as to not lose focus of the bigger picture. We’ve sacrificed so many songs where a great idea has been taken down the wrong path and lost forever, but I guess therein lies the art of harnessing solid ideas and applying the craft of effective production and writing. Whenever there was doubt over the direction of a song, we’d strip it right back to the acoustic or some light piano and re-think how to sonically approach things.

The band has clearly allowed itself the time to pour over the intricacies with the direction of the new album. What aspects did you enjoy?

These songs were less rushed and a lot more was done either from home or at studios close to home. There can be advantages to working to the clock or to deadlines but in this case we were happy to just focus on a couple of songs at a time, as opposed to an entire body of work which can usually lead to chaotic forms of stress! It’s why we were able to release a few singles in advance of the album itself and allow ourselves shorter bursts in the studio. It’s so easy to mentally burn-out when trying to put the finishing touches on songs that you may have laboured over for a year or two, so we were conscious of not trapping ourselves in the studio just to get the job done.

The beating heart of Birds of Tokyo I feel has always been its lyrics. I understand the songs on this new album were largely inspired by Ian’s personal life. Is the album in some form a cathartic release?

While there were multiple life-changing blow-ups flying around, it’s most definitely Kenny’s divorce that took centre stage, which was totally bound to happen when you’re the vocalist and primary lyricist of the band. We learned a very long time ago that Kenny is 100% more compelling when he’s singing his own story rather than someone else’s. The point of realisation that this was going to be a journey of sorts for Kenny was when we performed a couple of half-written songs in stripped back mode for some industry peeps in Hobart. Usually it’s just a bit of fun over heaps of beers to let those who help work our records know what direction you’re heading in, but unbeknownst to us, in a sombre tone, Kenny laid bare on stage what a shit past year it had been personally and how his headspace had been influencing these songs. It was just a heavy but inspiring moment – most likely the complete opposite of what radio execs were expecting to hear. So at that point we knew we’d trade all the airplay in the world to rally around Kenny and each other and spend the next couple of years making the recorded that needed to be made.

It’s fair to say the sonic territories are wide and varied on the album. What influences came into play when considering its sound?

As each Birds album has differed rather vastly production wise, I think it’s now the practise of restraint where needed in performance to serve the songs and to resist the temptation to throw the kitchen sink at production to make the tracks bigger or more dynamic. It’s usually quite the opposite. Our guitarist Adam Spark, who has practically produced or co-produced everything we’ve ever done, spends months adding the smallest of textural elements to demos only to not be afraid to tear it all down and start with the fundamentals again to get the vibe right. Some things are more obvious than others with Human Design, but for such a natural and personal album it really worked to trade the electric for the acoustic more often, along with injecting a healthy amount of beautiful string arrangements back into our sound. There was a great deal of time spent working on presenting this material with a modern edge as to avoid any vintage tropes which can be a trap when using traditional instrumentation.

Finally, most performers are grappling with decisions to cancel shows because of covid-19. Was it an easy decision for the band to reschedule your big orchestral shows to promote the album to 2021?

It’s been a decade long ambition for us to collaborate and perform with amazing symphony orchestras across the country and in breathtaking venues too, so there’s no way we’re cancelling, but simply rescheduling. While it would have been great to showcase some of Human Design in that format upon release, the Symphonic Tour set will comprise of material from all six albums, so it’s going to be a monumental interpretation of our catalogue to date. In the meantime let’s all just work together so we can get out of this damn lockdown first!

0 comments on “Birds of Tokyo’s Adam Weston talks Human Design: “There’s no possible way we could have written any other sort of record.””