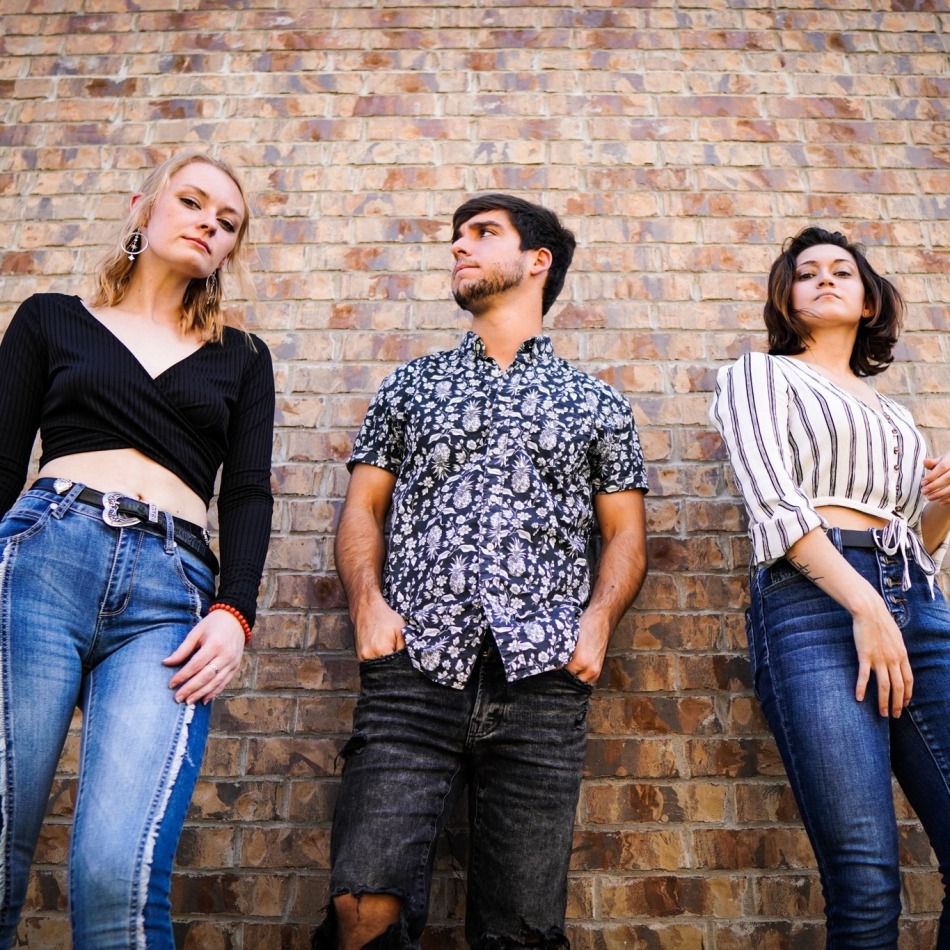 The idea that rock has for too long disappeared between the crack of the 21st century is being tackled head on by Tough On Fridays, an exciting emerging talent out of Texas. Not only do they hope to rekindle old and new fans with the joy of rock, but if you buy into their mission statement, they want to subvert everything you once knew about alternative rock. While the road has been a long and winding one for the Georgetown-based alternative rockers, it has also been a colourful path of self-discovery that has led to their debut album A Fantastic Way To Kill Some Time. In short, it is a stunning debut in which I find myself completely smitten by their swagger and love of guitar rock. That said, I recently had the chances to chat with co-vocalist and guitarists, Caleigh, about their new album. Here is some of what we talked about.

Caleigh, for those who might not be too familiar with Tough On Fridays, I’d briefly love to hear your origins story and how it culminated into what it is today?

TOF started out as a singer/songwriter duo with a good friend of mine from school and we decided to become a rock band. As the band grew, we started finding our sound. Eventually the friend left the band, and I began adding new band members to keep it going. I am so proud of this current lineup and what is to come! (TOF’s line-up is Caleigh on vocals & guitar, Carly on bass & vocals, and Chris on drums.)

Where did the band name Tough On Fridays come from?

Well, it started as a group chat between the ex-band member and Eric, our manager. We’d been looking for a band name. Thursday’s were especially difficult to swing a show because at the time, we were both high school students! When Eric asked us to play, we sarcastically said Fridays were kind of tough (which they really weren’t) and we flipped the words around and Tough On Fridays was born!

How has your various musical backgrounds helped shape the sound of the band?

Bands such as Paramore inspired me to overcome the obstacles of being in a “female fronted band” AND because I did not have anyone in my family familiar with a guitar at the time, I looked up to Kurt Cobain, Tom DeLonge, and John Mayer.

Where are you all individually the most comfortable musically speaking – in the studio recording new music, on stage performing or elsewhere?

I would say both. Those are both two settings in which we can be creative and open-minded in. The stage is obviously going to be the most thrilling!

A Fantastic Way To Kill Some Time has been a steady progress in work for a number of years. What inspired you to make this record?

The entire album is actually based off of my relationships with friends, both good experiences and bad. Losing friends or becoming closer, the album is dedicated to those times in my life.

I’m always seriously curious about what musicians want to convey to listeners with their lyrics. How important are social issues like self-identity, mental health and even commentary on bad relationships?

I think it is extremely important to talk about those heavy topics. Which is why I have a couple songs on the new album that deal with those issues. I want our listeners to feel like they are never alone and can relate to us through the lyrics.

Personally I’ve always felt that the party scene to be so overrated. I guess that’s why I can relate so easily with your album opener curiously titled Party Scene. What has been the reaction from fans about this track and its message?

Yes! We have gotten a lot of headbanging and laughs from that song due to its relatability. No one likes to be hit on by drunk frat guys, right?!

Let’s talk about your single Out of the Blue (The Deep End). What was the inspiration for this song?

This song is about a conversation I had with one of my absolute best friends about body image and depression. We all need a constant reminder when we are “going off the deep end” about how beautiful we truly are. Inside and Out.

On the song Lonely Eyes/Pines you sing: “The sins I repent I will commit all over again. And these pines I will frame. I know it’s seen better days.” What drove you to write those lyrics?

I was dealing with insomnia in Colorado and forgave myself for thinking too much at night, even though I did it all over again the next night. Those pines have seen better versions of me.

Is there a particular track from the new album that you are really proud of? That one special song that was a revelation or almost impossible to write but you fell in love with it anyway?

If you can believe it, I do not think there is a single song I can pick out of all of them that I love more than another. They all are so special and mean a lot to me. I’ve fallen in love with Party Scene simply because of how unbelievably fun it is to play live AND for how so many relate to it. I have certainly fallen in love with Patches because of the acoustic sound! It’s a perfect way to end the album.

On a final note, if I can ask, how’s everyone going in terms of keeping their anxiety in check, particularly with this pandemic which feels like it has no end in sight?

I appreciate the concern since some musicians are going through a hard time paying their bills right now! We have been doing OK. Maybe right now more than ever, music needs to bring everyone together. The more shows we can put on and give some form of therapy to those struggling right now, the better.

Tough On Fridays new album A Fantastic Way To Kill Some Time is available through Apple Music and Bandcamp. Listen to them on Spotify. Follow them on Instagram. You can also connect with the band via their website, Facebook page or twitter feed @ToughOnFridays. 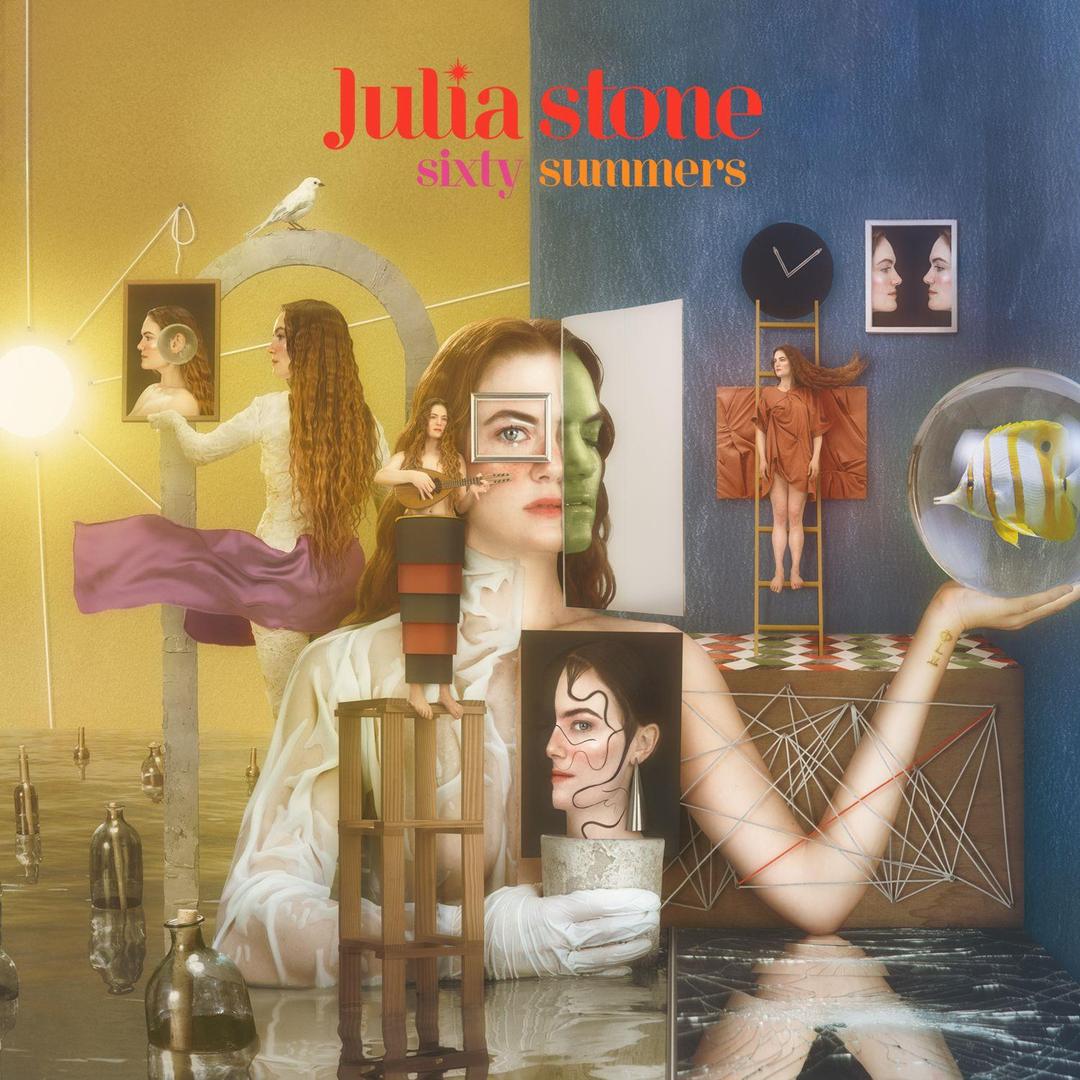