It’s easy to look back at 2020 as an awful one for the Australian music industry, but in actual fact some of the most amazing albums were released in this pandemic year. Interestingly, one of these albums below even made it onto my 10 Best Albums of 2020 list. But for that you will have to sit tight and tune in next week. Anyway, without further ado check out some of the outstanding albums of this year and as always I hope amongst them you find something worthy of your attention.

Kevin Parker aka Tame Impala is still my favourite Bee Gee. I guess that is why I’m so impressed by his latest album The Slow Rush. It’s an album awash with disco beats and synth sounds, something that he began and consciously strived for five years ago on his last album Currents. While some of his psychedelic rock roots from his first two albums still filter through on The Slow Rush, Parker is definitely a musician interested in evolution and maybe even pop perfection. With an array of great tracks I’m hard pressed to single out just one here. But when push comes to shove I’m still really taken by Lost In Yesterday, which was incidentally released way back in January prior to the release of the new album. It’s a track that feels bittersweet as Parker yearns for the past with lyrics like “When we were livin’ in squalor, wasn’t it Heaven?” But in contrast to that Parker also reminds us that “eventually terrible memories turn into great ones.” For the record The Slow Rush is 2020’s Australian Record Industry Association (ARIA) Album of the Year.

Although it’s hard not to see everything as a response to what is happening around the world at present, Melbourne indie folk band Husky concept album Stardust Blues was something that we all definitely needed this year. Inspired by James Joyce’s classic novel Ulysses, the album’s twelve tracks follows a contemplative character as he transverses through a city lost in his thoughts searching for love, hope and the key to the cosmos. Interestingly, following on from three critically acclaimed albums spanning a little over a decade now, Husky incorporate a sound on Stardust Blues that is both familiar yet also new to their musical direction. On this record you can hear the influence of the likes of Andy Shauf, Father John Misty and surprisingly even Big Thief. On Husky’s tracks like SYWD and Kinetic, for instance, whether deliberate or not there is something about them that reminds me of Big Thief’s U.F.O.F. 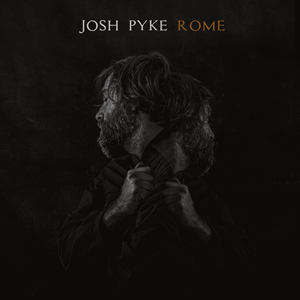 Rome is veteran singer songwriter Josh Pyke’s first album in five years. For this writer, it’s an album that hits all the right notes. It’s honest and emotive in outlook, touching on themes like love, loss, anxiety and living in the moment. Importantly, holding these themes all together is a real sense of introspect and melancholy but also hope. The title of the album is in itself interesting, used as inspiration to reference a great empire. I guess the point is that although it no longer exists, it’s difficult to escape its legacy. Like all roads lead to Rome, Pyke ties that notion to our lives. “You can’t escape yourself. You can’t escape the reality of your own experience and your own life, and Rome as it was when it was in its great period doesn’t exist anymore. Everything fades, everything crumbles, and you can’t escape that experience, and all roads lead back to that fact.”

DMA’S The Glow is an album that earned praise from fans not just in this country but internationally, particular the UK peaking at no. 4 on the official albums chart. Back in July, NME reviewed The Glow giving it 4 out of 5 stars. They called it “a hyper-charged record of dance and decadence from the evolving Sydney trio.” At times in the past I genuinely struggled to embrace this indie rock outfit because to me they are not rock in the strictest sense. From being a guitar-driven band in their early days to embracing elements of electronic music they have cultivated a sound that is very much the norm for rock bands in the 21st century. In truth I don’t know quite why I am complaining. If Pearl Jam can put out a song like Dance of Clairvoyants, then who am I to judge, right?! From the outset, The Glow is surprisingly infectious, demonstrating DMA’S evolution into Britpop territory. Every song on the eleven-track album is notable for the terrain it covers sonically. In short, there is not one single dud on this album.

The idea of making electronic folk music – blending acoustic arrangements with electronic elements – is something that feels wildly innovative. One of my favourite examples of this in recent years is Sophie Payten (aka Gordi). Since releasing her debut Reservoir in 2017, she has become one of the most recognisable voices in folktronica circles. Her unflinching persistence and experimentation in this continually evolving genre is documented in a collection of songs on her ARIA award nominated album Our Two Skins. Interestingly, her willingness to experiment doesn’t overshadow her personal and world-weary approach to songwriting. In fact, both words and music on the new album compliment each other to great effect. In a press release Payten said: “Our Two Skins chronicles the intense and impossible time (she) spent renegotiating who she is and how she fits in the world.” Moreover the album seems to document a cauldron of emotional baggage that has surfaced or crept into Payten’s life in recent years. From Radiator, a song about releasing the pressure valve on love to Volcanic, which details what it’s like to suffer an anxiety attack, Our Two Skins is strangely a positive listening experience. 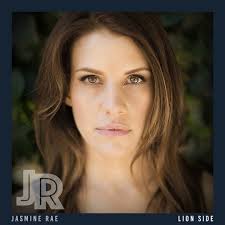 This year might have been a compete let down for most of us, but for Australian country music superstar Jasmine Rae it was a welcomed return to form. Five years since country music fans last heard from Rae, her fifth album Lion Side was critically hailed upon release in particular for her adventurous spirit. According to Rae, a lot of soul-searching, self reflection and life affirmation took place during the years in between writing Lion Side. Upon its release many who had followed her career closely were surprised to hear an album that had more broad appeal than just the country roots of her previous releases. Weaving her own intensely personal story through a collection of ten songs, traversing genres like electro-pop on Greenlight and classic rock on Don’t Do It For The Haters, earned her surprisingly a nomination for Best Country Album at this year’s ARIA awards. It might feel like a strange release to be in the running for a country music award, but I guess it’s justified when you hear the heartbreaking ballad Jessica, arguably one of the albums standout tracks.

While O.K. Permanent Wave (2016) can be said to be Esther Edquist solo experimental debut (released as a live recording with an ambience of background sounds set against just Edquist vocals and her bass guitar), her 2020 release How Much Works acts as a more polished debut for this Melbourne-based musician. Under the moniker Sweet Whirl, Edquist has recorded one of the most beautiful albums of this year. Not only did she write all the tracks, she played almost all the instruments during the recording of it, exploring elements of folk, synth pop and even blues. The wider themes of the album take stock of bleak moments of love, life and human nature with a piano seemingly on hand for almost every song and Edquist’s bass-playing taking centre stage from time to time.

I have a genuine affection for Kate Miller-Heidke and it’s not because she was in recent years revealed as a contestant on Australia’s ‘The Masked Singer’ or Australia’s representative at the 2019 edition of the Eurovision Song Contest in Tel Aviv. It’s because Miller-Heidke is an extraordinarily inventive musician with an equally outrageous and beautiful pop opera voice. With her own unique twist of pop/folk/opera, Miller-Heidke delivers one of her finest album yet called Child In Reverse. In short, Miller-Heidke’s confidence is sky high on this album. On it she is as playful as ever genre-jumping across sonic pop territory to fit whatever mood she feels is necessary. This is what makes Miller-Heidke so appealing because you never know what you are going to get across her albums. Lyrically, Child In Reverse comes across as an introspective album. That’s fine, there are a lot of good lessons to learn here.

Fallow, which is Fanny Lumsden’s third album, was a deserved winner at this years ARIA awards. For a country album, it found instant appeal with struggling rural communities across the country, but maybe even more importantly it garnered cross over success on mainstream charts. I interviewed Fanny back in 2018 and to me her success hasn’t been a surprise. As an astute singer songwriter Fanny has nurtured an Australian perspective and aesthetic to her music. As she told me a few years ago, she writes about what she knows and especially her experiences which happens to be very Australian in outlook. Her experiences this time around on Fallow incorporate themes of life, love, loss and even moments of escapism. Overall it is an optimism album that looks at life’s struggles for what it is.

Tired Lion’s Sophie Hopes story goes something like this… She moved 4,000km from Perth to Brisbane to start a new life. In the process she said goodbye to her former bandmates to became a one-woman show on Breakfast For Pathetics. It came relatively late in the year to be considered for any sort of accolades, but has impressed me enough to make this top ten list. A lot like Sweet Whirl, Sophie plays almost all the instrumentations (except for some keys and drum duty), particularly excelling with some wonderful blistering guitar work with a little bit of Courtney Love angst for good measure. This is an album that was made in isolation, in which Hope cut herself off from the world trying to deal with a rough time she was having mentally. I think it’s safe to say the album acts as a real cathartic release for Hope with a host of anthemic choruses to help exorcise her demons. On a personal note, it’s been a long time since I’ve heard such a wonderful guitar-driven album by an Australian musician.

Alex The Astronaut – ‘The Theory of Absolutely Nothing’ (AWAL Records)

Photo Credit: The album cover artworks used for this review are all courtesy of their respective record labels, or the graphic artist(s). I make use of them under the rationale of fair use because no free equivalent seems to exist and they serve as the primary means of visual identification at the top of my article dedicated to the reviews in question. I am not the uploader of the You Tube clip embedded here.