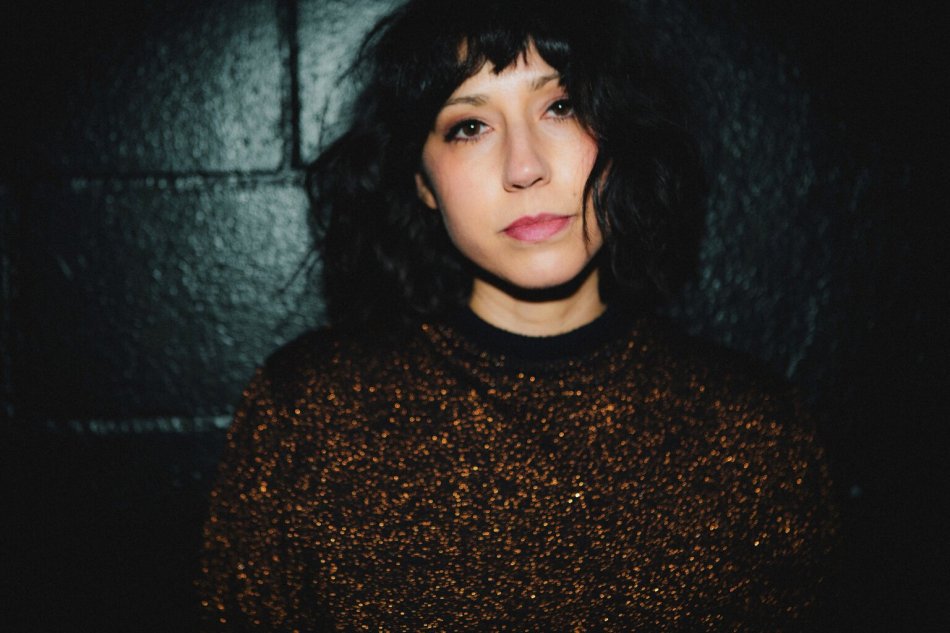 Leaving 2020 in the rear view mirror still seems to be a process for many of us. Personally I felt compelled to exorcise some demons here with the following list. While it is far from comprehensive, it is instead a snapshot of some of the songs that shaped my listening habits this year. In short it was fun looking back at the year that was. Enjoy!

The lead single and title track from Deep Sea Diver’s Impossible Weight came about due to a fortuitous moment of being in the right place for band leader Jessica Dobson. The story goes that Dobson was at a Sharon Van Etten tour show for Remind Me Tomorrow in Seattle, and after being deeply moved by her performance, Dobson was inspired to sit down and write a cathartic song about falling apart and (through it all) the process of picking up the pieces. It’s a weighty subject (no pun intended) that was close to Dobson’s heart after losing sight of who she was as a person and a musician. With the support of her bandmates and a stroke of good luck enlisting Van Etten to lend her vocals to the song, Impossible Weight grew to become one of the albums seminal tracks. A feature of the song’s strength lies in Dobson’s incredible guitar work and sincerity and delivery of her vocal performance.

We are probably kidding ourselves if we can’t acknowledge that musically speaking 2020 was arguably Dua Lipa’s year. Yeah I know that is a big statement given the fact that on my ‘best albums’ list she was beaten by Phoebe Bridgers. But I have to give her credit where credit is due, especially when Britain’s new queen of pop decided to release Future Nostalgia at the beginning of a pandemic to distract us from completely unravelling. That said the album as a whole is a wonderful escape of disco. It’s greatest triumph arguably comes in the form of Don’t Start Now but for my money I’m smitten by Levitating infectious grooves. It’s feel good nature and love song vibes immediately evokes a feeling of nostalgia. It really is a joy to listen to.

Sasha Sloan – ‘House With No Mirrors’.

When asked earlier this year by Billboard to describe her debut album Only Child, Sasha Sloan didn’t hesitate to say it was a cross between Robyn meets Eva Cassidy meets ‘90s alternative. While tracks like Lie and Hypochondriac on Only Child showcase Sloan’s affinity for confessional songwriting, House With No Mirrors for my mind stands as a triumph of the deep contemplation and honesty Sloan is aiming for on her album. In short, deeply personal lyrics like“If I lived in a house with no mirrors, where the walls didn’t pick me apart, maybe my skin would be thicker…” highlight her inner turmoil. The strength in her conviction to speak about her insecurities is admirable. Equally admirable are her brief comments around the making of the music video. “This video was incredibly emotional to film. I came up with the concept once I realized taking off make up and wearing a tight body suit are two of my biggest fears on camera.”

Taylor Swift’s August is my favourite song from Folklore as it manages to capture her in one of the many moods that she excels at as a songwriter. The idea of longing and regret isn’t new for Swift but this time around its cleverly packaged as a sweeping nostalgic blur. Dig a little deeper and you’ll discover August is part of a three song trilogy about a love story between two girls and a guy. This is seriously a wonderful song you could play on repeat all day in particular because of Swift’s emotive vocals during the song’s catchy chorus. Other highlights include the song’s acoustic elements and that drum beat that always feels like it wants to take centre stage.

There is no escaping The Weeknd’s knack for producing sure-fire hits and Blinding Lights is one of the year’s best songs that lingered long enough at the pointy end of the charts to make me a fan of his work. The Weeknd seems to have an affinity for ‘80s music and there is no getting around the exquisite synth waves of Blinding Lights. I’m equally impressed by his vocals and the songs infectious hook. The timing of this song (along side Dua Lipa’s Don’t Start Now) was arguably the catalyst that reeled me back into enjoying cool dance beats again.

The Danish classically trained singer songwriter, Agnes Obel’s 2020 album Myopia is one big moody mournful album that deserves to be heard. Honestly, there is so much to admire about how Obel goes about her business. Interestingly, I read that Myopia was recorded in creative isolation at Obel’s Berlin studio at night, so it kind of makes sense to me to want to listen to it in its entirety on my own and in the dark, soaking up Obel’s atmospheric chamber pop and haunting vocals. While the grief stricken Island of Doom is one of the albums best tracks, I’m drawn often to Broken Sleep, a curious track about restlessness.

First Aid Kit — Johanna and Klara Söderberg — felt like a breath of fresh air when I first discovered them a few years back. Since then, I’ve really become a fan of their alt-country/indie folk music. Though it’s been a while since we last heard some original new music from the Swedish outfit, I think they genuinely surprised everyone back in August when they returned with a wonderful cover version of Willie Nelson’s 1980 classic On The Road Again. I have to say it’s a nice offering that came with an incredibly charming homemade tour video that reminded us of the good old days, when we were able to get out and about and enjoy the splendour of live shows.

Pearl Jam – ‘Dance Of The Clairvoyants’.

“Confusion is to commotion, what love is to our devotion, deceptively big, as big as the ocean, and equally hard to control, so save your predictions, and burn your assumptions…” sings Eddie Vedder on Pearl Jam’s surprisingly electronic track from their latest album Gigaton. When we break it down, its jarring message and obvious nod musically speaking to Talking Heads and David Byrnes, was most welcome to the Pearl Jam faithful. In truth I had hoped Pearl Jam would venture down an experimental road of dance and synthesizers on several more tracks on Gigaton, But alas, it wasn’t to be and proudly stands out like a soar thumb of what could have been.

I was really torn between which of Phoebe Bridgers songs I should briefly talk about here. While I almost settled on the yearning wonder of Garden Song, I’ve instead gone for her Grammy nominated song Kyoto as one of the songs that made 2020.  Kyoto was originally written as a ballad but Bridgers turn it on its head to create a sonically upbeat song despite its pensive mood. I thrilled she decided to expand its scope with the wonderful sounds of a 12 string guitar, horns and autoharp and mellotron all at its heart. Few other tracks this year have hit upon a formula that feels as chaotic as Kyoto summing up 2020 maybe arguably to a tee.

Apparently lightning can strike twice, especially for Sofi Tukker’s 2018 song Good Time Girl when it got a second life thanks to HBO’s The New Pope earlier this year. Now I know you’ve probably thinking… what the hell! But hear me out. In the hands of the producers of The New Pope, Good Time Girl morphed from a tongue-in-cheek song about casual relationships to a controversial take on the Catholic Church’s gross underbelly of corruption and decadence. With nuns in the title sequence seemingly grinding on a neon cross in silk white night gowns to Good Time Girl, I cannot help but smirk at the shows ballsy act of defiance. When Tukker’s lyrics announce “Here I am playing by myself/ Me and my superiority complex” there is honestly no turning back now with its visual merry dance. Some might say it was divine intervention that set off my obsession to track down this song on Spotify. That may be true. But whatever you choose to believe, there is no denying that Good Time Girl 2.0 would go on to become one of my most played songs of 2020.

The Avalanches – ‘We Will Always Love You’.

Alexandra Savior – ‘Crying All The Time’.

Courtney Marie Andrews – ‘If I told’.